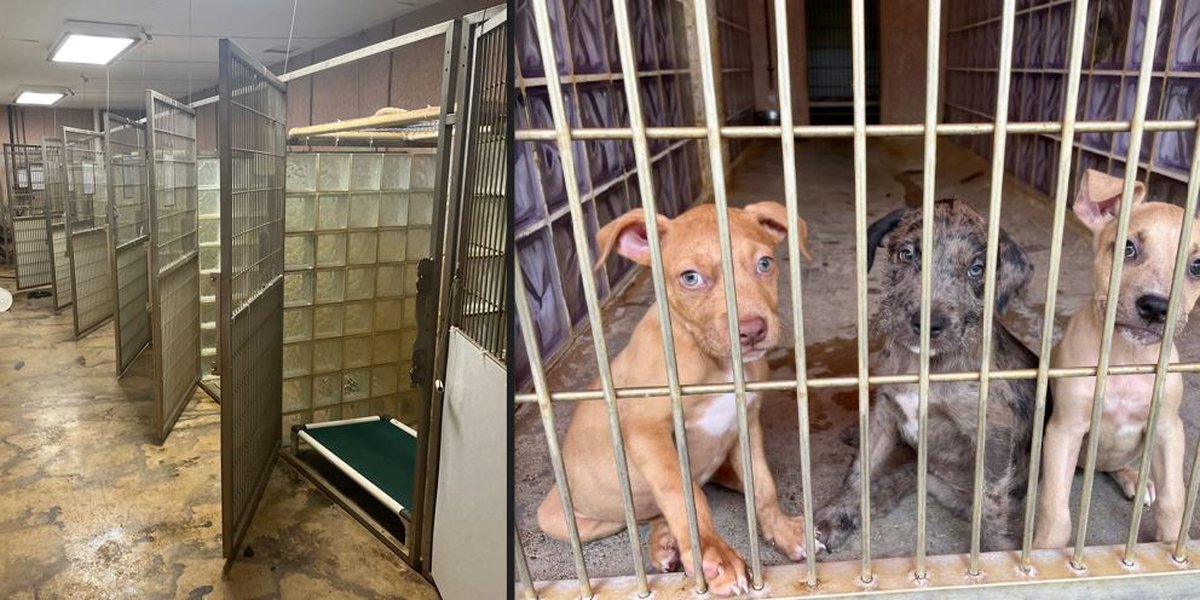 PUHI (HawaiiNewsNow) — Staff at the Kauai Humane Society are trying to make sense of a disturbing break-in over the weekend that left two dogs dead in their kennel.

Around 5 a.m. Sunday, an employee arrived at the shelter to find a total of 75 frenzied dogs; 20 were in the back parking lot of the facility and the other 55 were inside the building or in hiding.

Workers soon discovered that someone had broken in through a window and opened the kennels – an act officials said put the dogs at risk as they ate things they shouldn’t have eaten and were at risk of having violent interactions.

“They were clearly trying to reach the animals or get them to leave the shelter. For what reason I don’t know, except for a malicious act,” Kauai Humane Society executive director Nicole Schafer Crane said.

The Humane Society said all but two of the dogs had been found.

These two dogs unfortunately walked through the gates and were found on the main road. The two dogs were reportedly hit by a vehicle and died on the road.

The two dogs killed were in temporary boarding at the shelter while the owners were on vacation.

Hawaii News Now spoke with the owners of the slain dogs, who did not want to be filmed. However, they said they were heartbroken to hear what happened and they too hope the person responsible comes forward.

The motive for the break-in is unclear as Humane Society officials said nothing was taken.

It also comes at a time when the shelter is experiencing a high number of animal surrenders.

“The fact that there was no robbery is quite bizarre to us,” Schafer Crane said. “We are a small community organization. We don’t have anything that really has much value when it comes to financial value.

“Obviously we think our animals are invaluable, but when it comes to something you could benefit from, we don’t really have those kinds of materials.”

A basic security system is in place at the property, but it does not include cameras and only covers certain parts of the building. The break-in did not trigger the system.

“We are still a bit on edge and we were still on high alert, which is good. We have to be,” added Schafer Crane.

“I think everyone has gone through the whole realm of feeling victimized, going through trauma, being angry, being sad – and we’re stabilizing now with our emotions.”

She continued, “But we’re still upset and still want to make sure we can do what’s best for our animals and that they all get the justice they deserve.”

The humanitarian society is now accepting donations to strengthen its security system.

A night patrol guard has also been hired for the time being.

A $20,000 reward is offered for advice leading to the arrest and conviction of the person or suspects responsible. Anyone with information is asked to call KPD’s non-emergency line at 808-241-1711.

Payday loans versus installment loans: which is better?