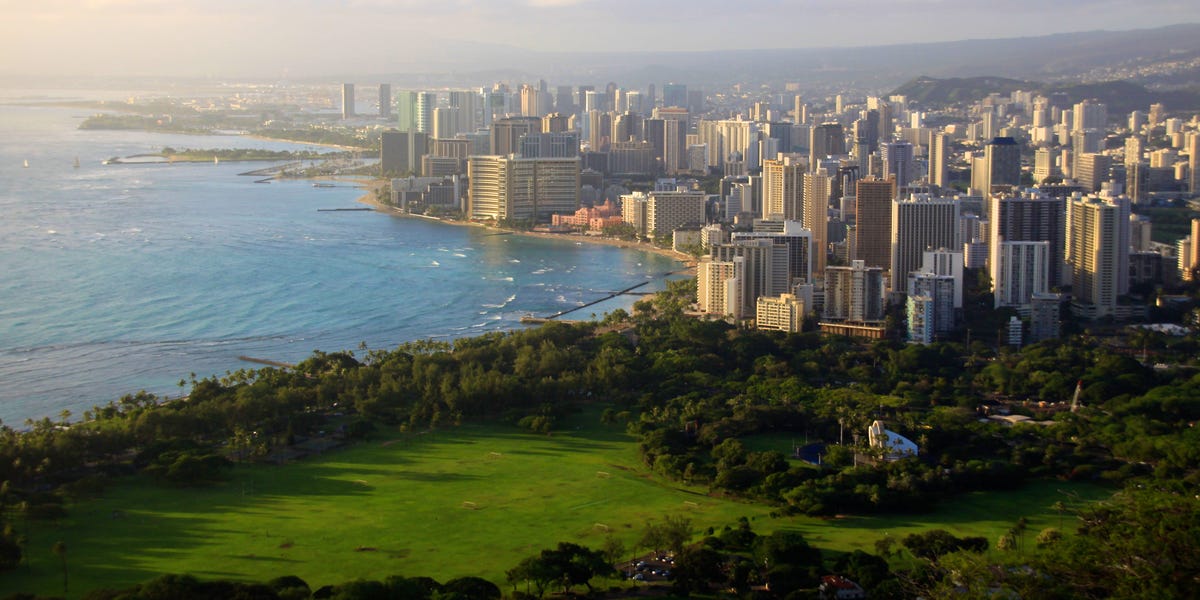 Cities across the country are feeling the effects of climate change through more extreme weather events, flooding and rising sea levels, warmer temperatures and increased greenhouse gas emissions. As a result, municipal leaders are looking for solutions to these issues to protect their communities.

“Increasing our resilience to climate change helps us anticipate, prepare for, and respond to climate hazards,” Jessica Price, sustainability and resilience manager in the Madison, Wis., mayor’s office, told Insider. “It opens the door to proactive action to avoid or minimize climate impacts, rather than only reacting once disaster strikes.”

Being proactive and taking action now allows cities to adopt an array of solutions and strategies, which Price says will save money in the long run and protect the health and well-being of communities.

Municipal leaders need to understand how vulnerable they are to the effects of climate change in order to take action. Price suggested starting with a climate vulnerability assessment, which takes into account the characteristics of different neighborhoods, populations and existing infrastructure to deal with climate hazards.

Conducting an assessment provides cities with a basis for developing equitable long- and short-term climate strategies. Madison, for example, is working toward several climate goals set out in its Climate Forward program, such as achieving 100% renewable energy and net zero carbon emissions in city operations by 2030 and the community scale by 2050.

“If a full analysis seems daunting, start by focusing on a climate hazard affecting your area, like heat waves, and build on that work over time,” Price said.

Cities can conduct a climate assessment in-house or partner with a college, university, nonprofit, or local disclosure organization, like CDP, for analysis and planning assistance. Price said Madison was working with researchers at the University of Wisconsin-Madison to map the city’s urban heat island effect and help the city develop a plan to equitably minimize these effects and promote health. and community well-being.

2. Engage the community to ensure solutions are fair

Because climate solutions are meant to protect community members, Matthew Gonser, Director of Resilience and Executive Director of the Office of Climate Change, Sustainability and Resilience in Honolulu, Hawaii, said “the voices of frontline communities should be loud and clear” in developing strategies.

“The knowledge and experiences of community members inform vulnerabilities, perceptions, values ​​and strengths to guide strategy and vision,” he told Insider. “Commitment strengthens both the government and the people.”

The Honolulu Office of Resilience developed its resilience strategy by involving neighborhood councils on the island of Oahu, home to Hawaii’s capital and Honolulu County. Residents were asked about their concerns about climate change and their ideas for solutions, and city officials found that residents were most concerned about hurricanes, the cost of living, and infrastructure resilience in the event of a storm. disaster. The bureau collected hundreds of ideas, which were boiled down to 44 long-term actions, such as making flood insurance more affordable for residents and expanding electric vehicle charging infrastructure, which make up the strategy.

The city also created an interactive climate game to spark conversations about climate change concerns and held community meetings on its climate action plan – another strategy adopted in 2021 to reduce greenhouse gas emissions. greenhouse by 45% in five years and become carbon neutral by 2045.

Community engagement also ensures that solutions are developed equitably so that the most impacted residents are prioritized and all neighborhoods share in the benefits, Price said. According to a McKinsey & Co. report, low-income communities, people of color, older people, women, and people with disabilities are often at higher risk of climate-related impacts. Climate change “amplifies existing health, social and economic inequalities”, she said.

3. Track and be transparent about progress on climate resilience

Cities should also establish methods to track and report on the progress of climate initiatives, Gonser said.

“It builds trust, establishes accountability and enables more informed decision-making,” he said, adding that the Office of Resilience is responsible for tracking climate progress in Honolulu, which includes monitoring the climate. use of energy and water in city operations.

Statewide, Hawaii launched the Aloha+ Challenge in 2014 to identify and achieve climate goals based on the United Nations Sustainable Development Goals by 2030, including clean energy transformation, resource management resources and building and training a green workforce. The initiative includes an online dashboard where the public can keep tabs on the state’s progress on these metrics.

Madison also monitors energy use in city buildings and performs retrofits to make them more energy efficient. The city tracks and reports on the goals of its Climate Forward program, and now has nearly 75% of the electricity for city operations coming from renewable energy, including solar power. Madison is striving to reach 100% by 2030.

Animal Insurance: How to insure your animal: Product to choose, what is not covered, when to get it