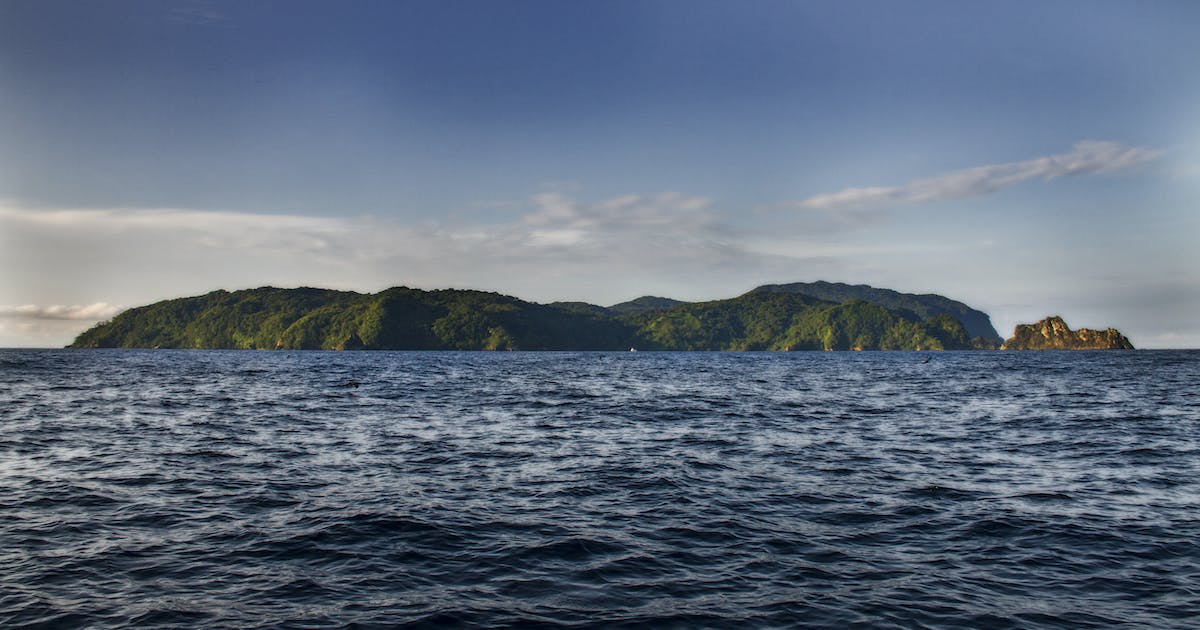 4 things you might have missed at the UN Ocean Conference

This week, leaders from more than 20 nations gathered in Lisbon, Portugal, at the United Nations Ocean Conference to respond to what Secretary General António Guterres said a “ocean emergency.”

With the world’s oceans becoming warmer and more acidic, the time needed to reverse the trend is decreasing. The conference provided a global platform for countries to develop a plan to improve the health of the oceans – several governments and organizations sharing strategies that could cause a stir.

Here are some announcements you may have missed from the 2022 UN Ocean Conference.

1. A marine protected area the size of Spain gets a major boost

In a bid to protect some of Earth’s most unique species – and fight climate change – Colombia, Costa Rica, Ecuador and Panama pledged in November 2021 to expand and join their marine reserves. of the Pacific, by creating an interconnected “safe bathtub” that will be beyond the limits imposed on industrial fishing fleets. The reserve covers more than 500,000 square kilometers (193,000 square miles) of ocean – an area slightly larger than Spain.

Funding, provided by a coalition of governments and non-governmental organizations — including the Bezos Earth Fund and the Blue Nature Alliance, co-led by Conservation International, will help protect the habitats of sharks, whales, sea turtles and other marine life. The “swimway” is part of the Eastern Tropical Marine Corridor, a vast network of marine protected areas created by the four Latin American countries nearly 20 years ago to better manage the oceans on which they depend.

“Colombia, Costa Rica, Ecuador and Panama have shown the world what leadership in ocean conservation looks like,” said Conservation International CEO Mr. Sanjayan. “This is exactly how we save the nature on which humanity depends: through collective global action by countries, communities, and the public and philanthropic sectors.”

Under its Eastern Tropical Pacific Seascape program, Conservation International has helped establish Marine Protected Areas (MPAs) in these countries since 2004. In areas outside of MPAs, Conservation International works with local communities in Colombia , Costa Rica, Ecuador. and Panama to help implement sustainable fishing practices, such as only allowing certain gear and releasing juvenile fish into the ocean so they can reproduce.

“It’s not about going to tell a nation or a community what it needs; it’s about bringing everyone together to find a common vision for protecting and managing the ocean they depend on,” Shannon Murphy, seascapes program manager at Conservation International, told Conservation News.

Lining the coasts of the tropics, mangroves are climate superstars. In a single square mile, their dense tangle of roots can store as much climate-warming carbon as the annual emissions of 90,000 cars.

Often overlooked as a climate solution, ‘blue carbon’ – the carbon stored in coastal and marine ecosystems – took center stage at this year’s ocean conference in Lisbon. .

As a member of “United Nations Decade of Ocean Science“, the UK government has announced a partnership with the University of St Andrews, the Scottish government and Conservation International to boost research into blue carbon ecosystems – and how to protect them.

“In the fight to halt climate degradation, countries are beginning to realize the importance of ecosystems such as mangroves, seagrasses and blue carbon-rich coastal marshes,” said Emily Pidgeon, Vice President of ocean science at Conservation International.

“The fact that blue carbon was at the center of the ocean conference in Lisbon is proof that it is recognized as a powerful climate solution. Now countries must take concrete action to protect these ecosystems – there is no time to lose.

One of these actions includes the sale of blue carbon credits, which represent a reduction in greenhouse gas emissions at one location to offset emissions produced elsewhere.

Last year, a mangrove project on the Caribbean coast of Colombia – developed by Conservation International, the Colombian government and other partners – became the first to enter the carbon market – with fully blue carbon credits. verified. The project’s 11,000-hectare (27,000-acre) mangrove forest in Cispata Bay is expected to sequester nearly one million metric tons of carbon dioxide over its 30-year lifespan, which is roughly equivalent to taking 184,000 cars off the road for a year.

And this project has already seen success in the global carbon market: according to a recent report, 100% of the project’s available carbon credits have been sold or are currently being traded.

92% of the funds generated from these sales will be reinvested in the project’s conservation management plan, generating a reliable source of funding to protect the mangroves and support the communities that depend on them.

The project is set to issue a new round of carbon credits in 2023 and the Colombian government is looking to replicate this successful flagship initiative in six other locations along the Caribbean coast – turning it into a national program and integrating the initiative concept market driven. conservation in new areas.

“Around the world, the demand for blue carbon far outstrips the supply,” said Jennifer Howard, who leads Conservation International’s blue carbon program. “The results of our work in Cispatá will provide important proof of concept, which is needed to build investor confidence and demonstrate the value of high-quality blue carbon offsets.”

3. The tiny Pacific island is causing a stir for ocean conservation

In a historic decision announced ThursdayFiji has pledged to protect over 8% of its waters by 2024.

This commitment contributes to a global push protect 30% of the oceans by 2030, which say the scientists is necessary to limit the impacts of climate change on our oceans.

Just as important as how much ocean the Fijian government protects is where it protects it: the new MPA will span the entirety of the Lau Seascape, a thriving archipelago filled with coral reef systems that abound of fish, whales and manta rays.

With support from the Fijian government, Lau traditional leaders launched a plan in 2019 alongside Conservation International and partners to conserve their ocean as a “seascape”, using different conservation techniques to balance protection and marine production.

“Faced with immense threats to their environment and culture that mirror challenges across the globe, Lau customary chiefs, with the support of government and partners, are committed to protecting their ocean for current and future generations. “Waqainabete-Tuisese said.

“We will be virtually single-use plastic free and recycle all PET bottles; ocean knowledge will be mandatory in our education system and we will reduce carbon emissions from our maritime sector by 40%,” he told world leaders in Lisbon. “By 2030, we will produce at least 160,000 metric tons of sustainably grown and harvested ocean products, supporting 53,000 new jobs on our way to providing half of our blue food from sustainably caught fish by 2035. “

Battered by overfishing, climate change and pollution, the world’s coral reefs are struggling to survive.

But there are some bright spots, including a pristine archipelago in the seascape of Bird’s Head in eastern Indonesia, known as Raja Ampat.

The Raja Ampat Marine Protected Area was designated as part of the Bird’s Head Seascape Initiative, a collaborative effort launched in 2004 by local Indonesian communities, the regional government and three NGOs – Conservation International, The Nature Conservancy and World Wildlife Fund – to protect the region’s biodiversity, address illegal fishing issues and ensure the management of its marine ecosystems.

“This recognition is an endorsement of the very foundation on which Conservation International was built: when you align with communities and support their self-determined commitments to protect their homeland and their waters, you create an enduring and unbreakable cycle in which people and biodiversity continue to thrive,” said Peter Seligmann, Founder and Chairman of the Board of Conservation International.

“That’s what was created in this region, and it’s now a model for other programs around the world.”

Crackle Plus In the Vault Original Series Returns in August