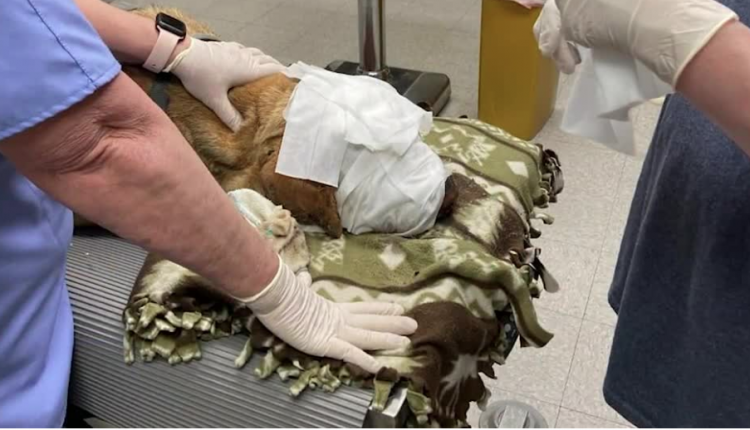 A burnt dog in MS has a long way to go; reward offered for the capture of an official – FOX13 News Memphis

MISSISSIPPI – A dog has been found badly burned in what MEPs called an act of animal cruelty. The Tate County Sheriff’s Department is asking for help finding who is in charge.

Others showed the dog, said to be one or two years old, now charred and burnt.

Buddy’s face, ears, and nose are now covered in scorched skin. He currently cannot see because his eyes are swollen, said Dr Lisa Godfrey, a veterinarian at the Stateline Animal Clinic who has been treating Buddy since Friday.

Buddy was brought to the Tunica Humane Society on Friday, found near Peavine Road in Senatobia. Its owner had left it roaming the neighborhood when someone set it on fire, a source from the Tate County Sheriff’s Department said.

Godfrey said it was too early to say if they would be able to save his eyes.

â€œIt’s hard to say how deep the burns are because they can be of different depths in different places,â€ she said.

Buddy is believed to have been held back by an extension cord while being burned, according to Sandy Williams, the director of the Tunica Humane Society.

â€œIt is unfathomable that someone could be this evil,â€ she said. â€œBuddy was an extremely friendly, non-threatening dog. He followed the children of the region everywhere.

Williams said Buddy’s owners turned him over to his organization for treatment.

Buddy’s head is wrapped in bandages to help with charring. We still don’t know exactly what his future will look like; the clearer the resolve to help him succeed.

â€œWe’re going to save this dog. And we’ll find out who did that, â€Williams said.

A reward of $ 2,500 is offered for information leading to the identity of the responsible person (s).

Buddy is taking pain medication, but his tail wags and he has what is called a “good” appetite.

You can help by clicking HERE.

Download the FOX13 Memphis app to receive alerts for the latest news in your neighborhood.