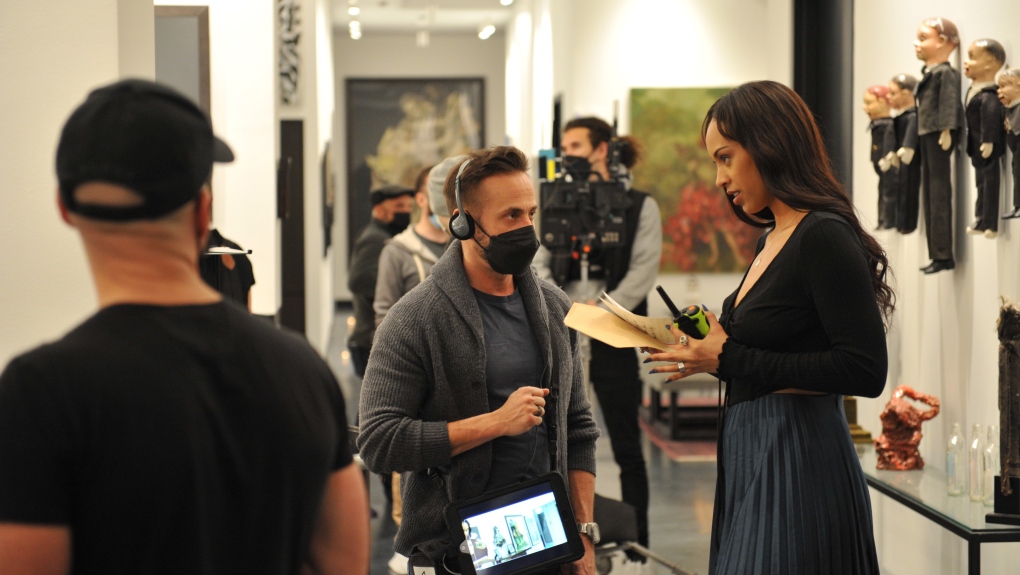 After months of working on sets of TV shows, commercials and voice-overs, dozens of Toronto actors say they have been left without pay.

The actors don’t blame the production companies, but their talent agency: Compass Artist Management, saying the money was withheld.

“It got so much bigger than I thought,” Golden Madison, a Toronto actress who says she’s now down almost $15,000, told CTV National News. “I really wanted to think it was a mistake.”

Madison joined Compass in June 2022 and has had a hugely successful summer, landing commercials and other TV gigs. The cash flow usually goes from the production company to the agent, who takes a commission and passes the rest on to the actor.

As a non-union actor, Madison explained, the money often didn’t reach him for a few weeks. But on day 77 without payment, she started to worry.

“I decided to find out and all hell broke loose,” she said.

In September, Madison reached out to other actors from the same agency and found they had similar stories.

“I realized in that moment that it was definitely not a mistake, everything that’s happening is intentional and they’re not intentionally paying a bunch of us.”

The Toronto Police Services Financial Crimes Unit has received more than 50 complaints about the company. The fraud department has confirmed that an investigation is underway. But the actors fear they will never see the money owed to them.

The group estimates that around $500,000 went unpaid by the talent agency, leaving dozens of actors to suffer financial loss.

In a statement to CTV News, Compass Artist Management President Danny Friedman described the challenges of starting a small business and admitted his business has fallen behind.

“I completely understand why people were upset that we were behind…I understand and have apologized profusely at every turn…” Friedman wrote.

A letter in a creditor’s file sent to clients includes details of how the transaction will “complete”.

An independent insolvency consultant said ‘it would not be economical to put the company into bankruptcy as the costs of administration far outweigh any expected realization of the assets’.

Shaun Hepburn and his eleven-year-old son, Housten, were both represented by Compass. Hepburn admitted there were red flags, but he continued because the company was giving them good gigs that included spots on a TV series, which they had never done before.

“He hasn’t answered the question yet of why he has the money, where it is,” Hepburn told CTV National News in a video call.

“We would have to ask for our money back,” Hepburn continued. “He’s never gotten to a point where we don’t get paid, until now, where he just withholds the money and doesn’t respond to emails.”

Hepburn and Madison said they contacted the production companies directly, saying they had seen statements of payment to Compass Artist Management for their work and that they were never forwarded.

Growing frustration and uncertainty are leading to growing calls for increased industry scrutiny. Ontario players look to BC regulations for standards they believe should be applicable at all levels. The Western Province is the only one in Canada to require talent agents to be certified by the Ministry of Labour.

“I think it’s been good for us,” said Tyman Stewart, president of The Characters Talent Agency and vice president of Talent Agents & Managers Association of Canada. “I really think it got rid of a lot of people trying to take advantage of things.”

Stewart was instrumental in helping the province draft regulations in the mid-1990s.

“We’ve only had one other case since 1995 where someone took advantage of the situation and didn’t pay actors properly,” he told CTV National News.

The license requires agents to create a trust for clients and regulates commission caps, there are also rules that prohibit agencies from charging someone a fee to join. Speaking of regulation, Stewart gave an example saying, “You’re in a situation where you’re going to lose your license and you can’t do business as an agency if you’re trying to charge people to join your agency. . , or try to sell them courses.

ACTRA, the union representing professional performers in Canada, sent a statement to CTV National News regarding the ongoing allegations regarding Compass. In it, the union said, “ACTRA does not endorse or recommend any talent agency. Contracts between talent agencies and their clients are not negotiated collectively.

To help support those affected, the union held a Zoom information session for union and non-union members.

“We offered the services of three lawyers to answer as many questions as possible. The meeting was also attended by the detective from the Toronto Police Service Fraud Division,” ACTRA said, adding that Compass represented over 200 ACTRA members.

The union is among those hoping the Ontario government will take steps to ensure that talent agents are licensed by the province’s Ministry of Labour.

Pet Insurance Prices: These Are The 10 Most Expensive Dog And Cute Cat Breeds To Insure 🐶

Meet the Nebraska Humane Society’s Pet of the Week