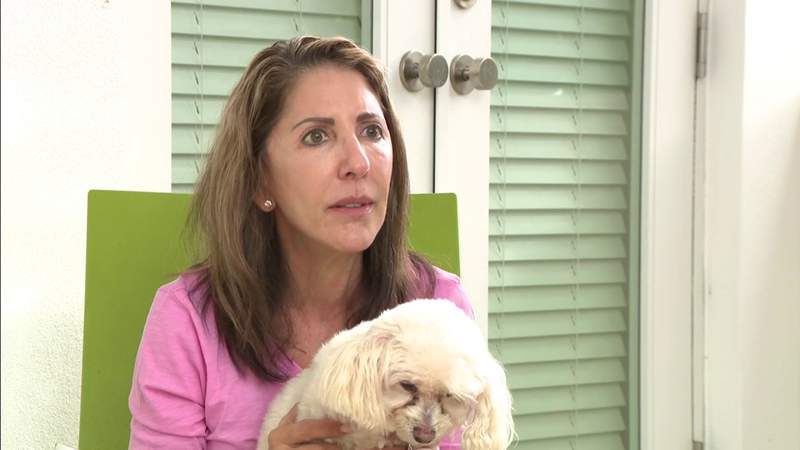 
SURFSIDE, Florida – Sharon Schechter said her life changed in seconds. She is one of 127 residents of Champlain Towers South that Miami-Dade County authorities identified after part of the building collapsed early Thursday morning in the oceanfront town of Surfside.

Schechter, 60, resided at 8777 Collins Ave. Shortly before 2 am, she was sleeping with her dog in apartment 1109. A “somewhat unusual” noise woke her suddenly. She then had the impression that the whole building was shaking. She looked out the window.

“I realized, ‘Oh my God! Where is the building? There is no building! ‘

Fearing that what was left of the South Champlain Towers would collapse, she grabbed her dog and rushed out of her apartment. She tried to go down the only available stairwell, but there was rubble.

She was knocking on the door, hoping someone could hear her. Schechter realized she was alone. She decided to climb with her dog through the rubble and onto the cars. The goal was to get out of the 12-story building as fast as she could.

“It was pitch dark… We find our way until we get to some light,” Schechter said.

She got out with her dog. She left behind everything she owned. His passport. Work documents. She operates a health insurance business. It will be hard to get over it, but she’s doing it with her life.

“I was one of two who I think survived on my floor,” Schechter said.

Not knowing if all her neighbors made it haunts her. She said she called one of the neighbors who lived on her floor but he didn’t pick up.

All she could think of was the many people who hadn’t made it, she said. Miami-Dade Mayor Daniella Levine Cava said four people had died and 159 were missing on Friday evening.

“I feel like I cry every minute for someone in this building,” Schechter said, later adding: “I hope there’s a reason I survived – a bigger picture . “

The city welcomed those awaiting information on loved ones missing after the partial collapse of Champlain Towers South at the Community Center at 9301 Collins Ave. On Friday, they transferred the loved ones to the Grand Beach Hotel Surfside at 9449 Collins Ave. Levine Cava these relatives had two daily briefings.

Trupanion reminds parents of pets to keep it cool during the