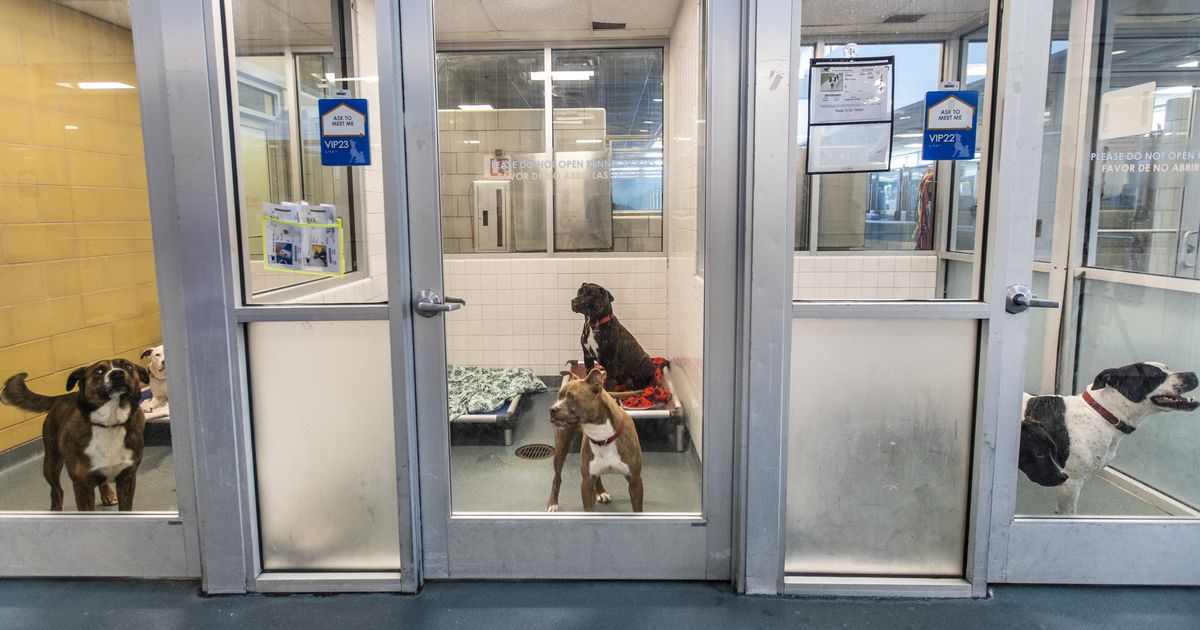 As the people of Dallas continue to shelter from freezing temperatures, its furry inhabitants have nowhere to go.

The Dallas Animal Shelter is looking for people to take in animals because they have too many, the shelter said in a news release Friday.

“The ice and snow couldn’t have fallen at a worse time,” director MeLissa Webber said in the release. “It really created the perfect storm.”

The ice and snow that blanketed North Texas on Thursday has not gone away. The National Weather Service said below-freezing temperatures are expected to rise above freezing Friday afternoon, but return to freezing Saturday morning. Dangerous wind chills of minus -5 to 5 degrees are possible through Saturday.

Webber said nearly 400 pets are at the shelter, with dozens more expected to arrive. The shelter is at capacity for medium and large dogs.

“Without additional support from our community, we are going to be faced with some very difficult euthanasia decisions, which we all desperately want to avoid,” Webber said.

This isn’t the first time the Dallas animal shelter has run out of space. The Dallas shelter saw its population explode in May, reaching its highest capacity since the pandemic began.

The Humane Society of Dallas County told the Dallas Morning News it is welcoming pets twice as fast as before COVID-19. A big factor was that people were abandoning their pets when they returned to in-person work.

At the time, Webber said the increase at the shelter was not caused by the return of pets they adopted during the pandemic when they returned to work. She said fostering and adoption rates were not keeping up with the growing number of animals arriving.

The following weekend, people adopted over 100 dogs, bringing capacity down to 49%.

The shelter also had to change the way adoptions were done when the pandemic hit in 2020 and its office had to close to the public.

Webber said these animals “depend on the compassion of our community” and people should consider fostering or adopting a pet because bringing them home could save their lives.

Once it is safe to drive, people can adopt curbside or in person at two locations. The main shelter, which houses most of the animals, is at 1818 N. Westmoreland Road in West Dallas. There is also the PetSmart Everyday Adoption Center at 16821 North Coit Road in Far North Dallas.

People can accommodate the same day at the main shelter and find more information on BeDallas90.org.

To report pets outdoors without adequate shelter or unfrozen water for an extended period, people can call 311 or submit a service request through the OurDallas mobile app.

“As the temperature continues to drop, prevention is key,” Webber said. “Bring your pets inside or make sure they have a warm shelter from the wind and weather so they stay safe and don’t end up at DAS.”

Amtrak route between Milwaukee and Madison could happen within 5 years