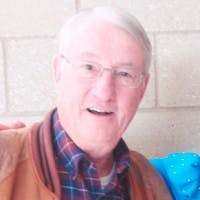 Flatgard, Dennis “Flats” passed away peacefully at home with his wife by his side on November 14, 2021 at the age of 73, after a courageous and determined battle with lung cancer. Dennis was predeceased by his parents, Oris & Helen Flatgard, his brother-in-law Warren Benedict, his brother Jerome and several loyal and beloved dogs. He is survived by the love of his life, Kimberly, his sisters, Carroll Benedict and Lee Ann Blowers (Craig), his sister-in-law Nancy, the parents of Kim Myllin and Joan Misura and his aunt and uncle Monica and Rodney Crowley, also cousins, nieces, nephews, godchildren and a multitude of friends. Dennis was born and raised in Minneapolis and graduated from South High. He was a dedicated member of the Minneapolis Police Department from 1969 to 1999. He was also a proud Norwegian; the “Old Norskie” was usually first in line for the annual lutefisk dinner! Dennis loved to travel. He and Kim have been on several Caribbean cruises, visiting many Mexican cities including Isla Mujeres, and enjoyed an extended visit each March to their favorite destination, Puerto Vallarta (PV) on Mexico’s Pacific Coast, a place Dennis had traveled to almost every year since 1980. Dennis enjoyed talking about PV with everyone who listened and in December he made a calendar and counted the days until he flew back to PV again ! Dennis was an old movie buff, an avid reader and news junkie – he would read the daily newspaper thoroughly, then focus on the daily Sudoku puzzle before moving on with his day. He loved to cook, his specialties being spaghetti and ribs on the grill and he always made enough to share! Dennis was an enthusiastic Vikings fan and a supporter of all MN sports teams. Sharing a love of animals, he and Kim enjoyed volunteering at Ani-Meals in South Minneapolis and supported the Animal Humane Society and the SPCA in Puerto Vallarta. Dennis was a man of good humor, a positive attitude and strong opinions. When he was diagnosed with lung cancer in March 2020, one of his first comments was, “tell everyone to STOP SMOKING!” He will be missed by many and loved forever! A private celebration of Dennis’ life will be held at a later date. In lieu of flowers, memorials may be sent to: the American Cancer Society or the Animal Humane Society. Washburn-McReavy.com Bloomington Chapel 952-884-8145