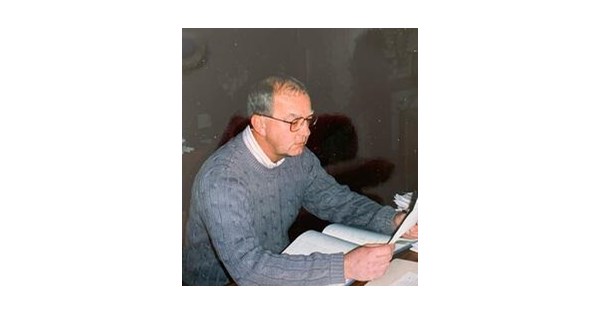 Edmund H. Garrett passed away on November 21, 2021 at his home in Loveland in the presence of his family. Born in Saint Louis, Missouri in 1938 to Ed F. Garrett and Bobbie (Carolyn) Garrett, he and the family moved to Loveland in 1941. He graduated from Loveland High School in 1956 and graduated from the University of Colorado with a BA in Journalism / Advertising in 1960. While at CU Ed met Kay Johnson, whom he married in 1961. They now have four married children. Will (Rae Ann), Dan (Julie), Tobi (Mike) and Linsee (Leo). In 1961 Ed joined the Air Force Reserves where he served as a medic in a rescue squadron during his seven years of service. After graduating from college, Ed bought his father’s Ford dealership in Loveland and became a general manager / dealership in 1964. Until the dealership was sold in 1979, it was nearly two decades of hard work and great experiences in the small town of Loveland that generated many sons he loved to bring back. He was a storyteller and loved to share stories from his other life experiences, of which there were many. For a number of years, Ed was a competitive doubles tennis player, frequently participating in and winning tournaments in northern Colorado and beyond. During and before the retirement years, he volunteered in the community, became interested in real estate, buying and selling farms and ranches, and volunteered for a government agency on secret missions. At a young age, Ed loved Native American culture. As an adult, he began collecting Navajo rugs, eventually selling some to buy others. By the 1980s his interest had shifted from contemporary pieces to antique 19th century Indian objects that had been used in everyday life. His collection included artefacts from many tribes in the Plains, Southwestern and California, and further north, including Alaska. A passionate hobby turned into a business that consumed a great deal of his time. He has worked with fascinating and knowledgeable dealers and collectors from all over the world. His donated items can be found at the Loveland Museum. With the onset of the pandemic, he liquidated the inventory and closed the business. Ed’s wife, children and grandchildren: Logan, Lucas, Nathan, Abby and Tanner survive him, along with his brother-in-law, George Walbye and several nieces and nephews. His parents and two sisters, Phyllis Walbye and Gloria Samson, died before him. There will be no service. If you would like to make a memorial gift, please consider the Larimer Humane Society (www.larimerhumane.org) or the Wild Animal Sanctuary (www.wildanimalsanctuary.org).

Lender under investigation for rate cap fraud settles with California