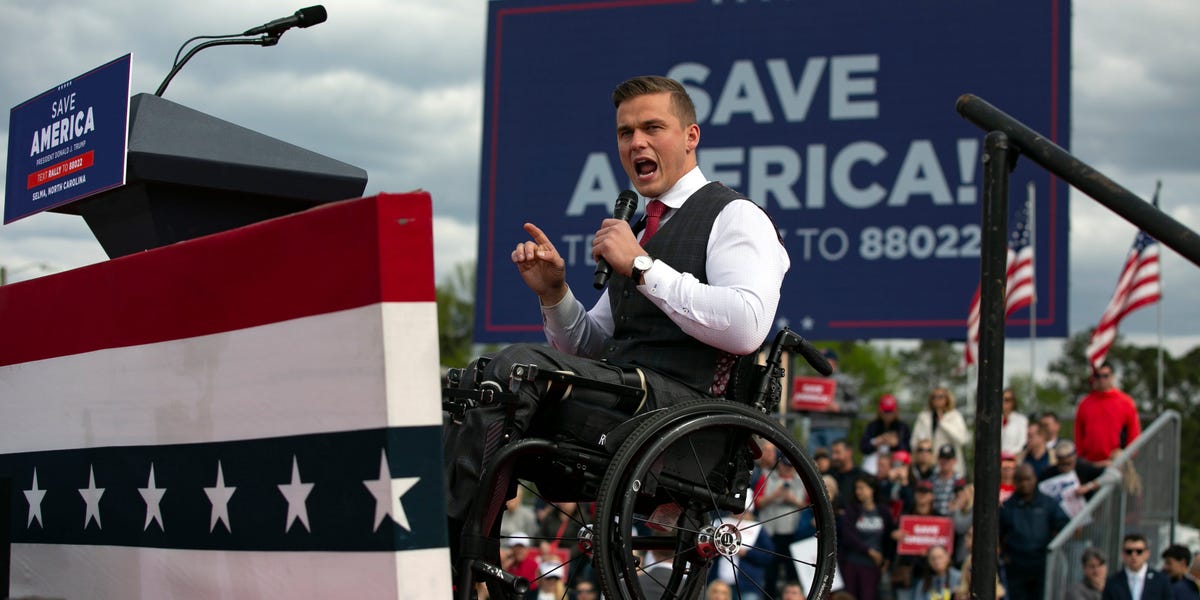 “We will embrace the spirit of our founding fathers,” Cawthorn said. “We are going to investigate Anthony Fauci and send him to prison for lying to Congress.”

Fauci, the nation’s top expert on COVID-19 and the White House’s chief medical adviser, was a polarizing figure under the Trump administration as the former president would often publicly go against his recommendations. to mitigate the effects of the coronavirus pandemic.

After Trump left, far-right and conservative politicians began targeting him.

Last year, for example, Kentucky Senator Rand Paul called for Fauci to be removed from his current position in the Biden administration. Paul claimed Fauci lied to Congress about US-funded research at the Wuhan Institute of Virology.

“It’s noise. I know what my job is,” Fauci said, disputing such claims. Various fact checks also noted that the allegation was false.

Cawthorn also said the government was controlled by “dark forces,” adding that putting conservatives in power in the White House and Congress would allow them to “restore the 2nd Amendment by repealing the national gun law.”

Shortly after, he called Biden a “geriatic despot.”

“We will secure our borders and finally my friends, we will impeach Joe Biden for his dereliction of duty,” Cawthorn said.

In the aftermath of her first term, Representative Marjorie Taylor Greene, for example, promised to introduce articles of impeachment against Biden.

And Senator Ted Cruz earlier this year said there was a chance Republicans would impeach Biden, “whether warranted or not.”

How much would you pay to keep your puppy alive? | Money