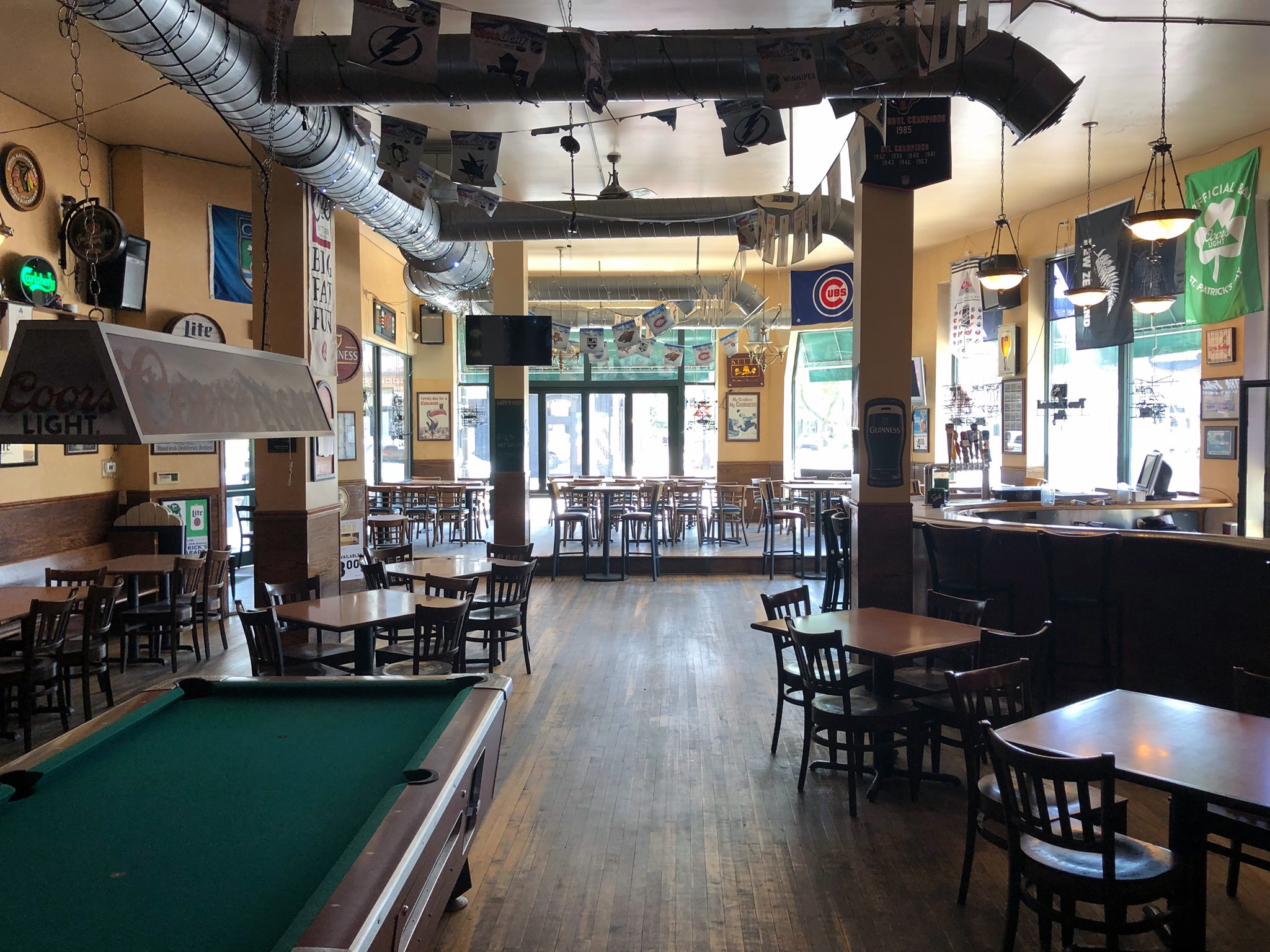 The testimony portion of the repeatedly delayed hearing on the status of Forest Park Tap Room’s liquor license finally concluded on July 26. Mayor Rory Hoskins, who is Forest Park’s liquor commissioner, will announce his decision on July 29 at 10 a.m.

After several delays, the hearing began on July 22, but continued until July 26 because most of the Tap Room witnesses were initially unavailable. During the ensuing hearing, which lasted just under seven hours, Tap Room lawyer Mark Johnson tried to argue that any disruptive incidents outside the bar were out of control. staff and that there was no evidence that any of these incidents had anything to do with what happened inside their company. But village attorney Sharon O’Shea argued that the testimony of the owners and employees of Tap Room could not be trusted, pointing out several contradictions in their testimony.

Forest Park Tap Room, 7321 Madison St., is jointly owned by brothers Lance and Hansel Law. Since opening on October 23, 2020, the bar has faced multiple complaints about loud music, fighting, and violation of COVID-19 mitigation limits in place at the time. In August 2021, Hoskins revoked the license after the bar allegedly remained open after closing, but the Illinois State Liquor Control Board overturned it on appeal. When the bar’s liquor license was up for renewal in May, Police Chief Ken Gross filed a lawsuit asking Hoskins not to renew it. Since then, the meeting has been repeatedly postponed, leaving the liquor license in limbo and the bar open pending Hoskins’ decision.

At the July 26 hearing, the Law brothers, bar manager Anais Cueto and Troy Gawron, whose company handles bar security, all insisted that patrons were generally well behaved and that none of the fights that took place on Madison Street started inside the bar. . They also said they let customers out 15 minutes before the 1 a.m. closing time and urge them to leave quietly and not to linger.

Both Law brothers insisted they had previously accepted liquor license suspensions simply because they wanted to reopen the bar as soon as possible, not because they truly believed they were at fault.

“At that time it was our best option,” said Hansel Law. “The second reason is, I mean, just to be blunt, we were tired of paying lawyers to [responding to] false allegations. It was costing us money at the time.

Hansel Law said Tap Room never called the police about any incidents inside the bar. O’Shea pointed to an incident on Feb. 21, 2021, when Law called police in response to a patron bringing a bottle of alcohol into the bar and behaving erratically. Hansel Law acknowledged that this happened, but claimed that because the client was quickly brought under control, he did not see it as a major problem.

At the June 8 hearing, Kevin Harnett, owner of the adjacent Zimmerman-Harnett Funeral Home, 7319 Madison St., said that since the Tap Rom opened, he’s had to deal with “public urination, vomiting” and people smoking near his business. ‘ gate. He said he tried to reach out to the Law brothers, but nothing came of it. Lance Law insisted that he and his brother tried to contact Harnett, but he did not respond.

Much of the testimony revolved around a May 7 incident when patrons spilled onto the street after midnight, walking through traffic and arguing with police officers. Gross showed three videos from three separate sources corroborating the police accounts.

Cueto testified that she worked most days, including off hours, but when asked about the incident, she said she could not remember. Lance Law, who testified he was at the bar “almost every day”, including in the evenings, said he was unaware of the incident.

Gawron said he typically visits the Tap Room once a week to work on de-escalation techniques with his security team. But Cueto said she had never seen such meetings.

In his closing remarks, Johnson argued the bar was being unfairly blamed for something over which he has no control.

“Now it seems that whatever is wrong with Madison Street is now attributed to the Forest Park Tap Room,” he said. “These are adults coming out of the bar. They must be held accountable for their own actions. »

Johnson also floated the idea that racism might be involved.

“I’m hesitant to go, but…the crowd at the Forest Park Tap Room is mostly African American,” he said. “And I try to believe that has no bearing on the attention he gets. I hope it doesn’t.”

O’Shea argued that the village simply could not trust anyone from the Tap Room.

O’Shea also referenced Gross’ earlier testimony that several other bars also have a predominantly black clientele, but they don’t have those issues.

“Our police department is there to quell situations, they are not there to escalate, but it seems like Forest Park Tap Room customers are defiant, they are loud, they want to interact with the police in a negative way, and that is not conducive to the Forest Park business district,” she said.

More on this story