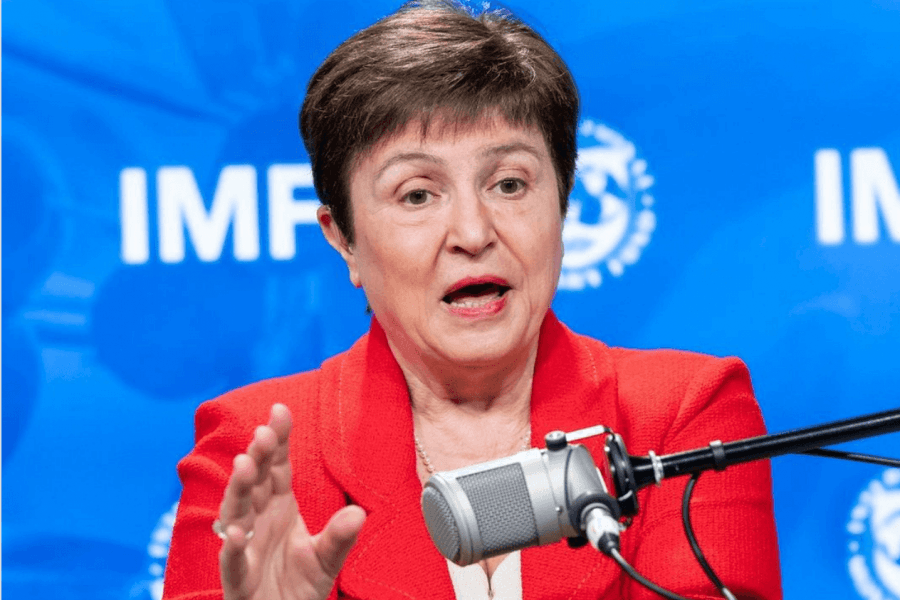 
In this commentary, Bernhard Reinsberg, Senior Lecturer in International Relations at the Glasgow university, and Thomas Stubbs, Senior Lecturer in International Relations at the Royal Holloway, University of London, argue that many of the International Monetary Fund (IMF) programs never end because they are inapplicable. Moreover, it hurts countries and forces them to come back to the IMF for more, which might be something for El Salvador to consider as well. The country is negotiating a loan with the IMF for a billion dollar program to close budget gaps until 2023, as it aims to make bitcoin (BTC) legal tender in September. Needless to say, the IMF is not happy about it.
____

We set out to find out why.

IMF programs generally last one to three years. Countries must meet policy conditions through regular reviews – usually every three to six months – to access funding tranches. Failure to implement them interrupts the program.

Out of 763 programs between 1980 and 2015, 512 were discontinued, of which 291 did not resume – as our data from the IMF Monitor database shows. This is a very high failure rate given that the IMF makes every deal on the assumption that it wants to see it go through.

We argue that reform programs may be unworkable by design. We show that they simply involve too many political conditions. Even reforming governments find it difficult to implement them.

Our research also examined the responses of financial markets to program disruptions. We have found that the failure of the program has serious repercussions on economic development. Failure sends a negative signal to markets, causing them to lose confidence in the ability of governments to stabilize the economy and undertake reforms. This very often results in higher inflation and increased capital flight which deprives countries of the capital they need so badly to invest in public goods and services.

Behind the failure rate

Some researchers have attributed the failure rate to the lack of motivation of borrowing governments. In the face of pressure from special interest groups, such as unions and business groups, governments often renounce previous commitments.

Additionally, the researchers found that countries that are friends with strong donors like the United States also experience more implementation failures. They receive favorable treatment, for example by regaining access to IMF loans much more quickly than other countries, which creates a moral hazard problem. In other words, encourage bad behavior.

Our article breaks new ground in trying to understand why so many programs fail by examining their actual design.

We examined whether the programs themselves were in fact not applicable. To do this, we collected detailed compliance data for all 763 IMF programs between 1980 and 2015. Our goal was to test whether the number of conditions was related to the program termination.

The conditions for privatizing state-owned enterprises, liberalizing prices and overhauling the public sector were particularly likely to cause implementation failure. Indeed, these conditions mobilize a national opposition which can thwart the implementation of the program.

Our research also ruled out that implementation failure was due to the onset of a financial crisis, macroeconomic instability, national opposition to policy reform, or geopolitical factors.

Our explanation for our findings was that these over-ambitious program designs were the result of intra-organizational negotiations within the IMF bureaucracy. While a regional IMF department drafted the initial reform program, functional departments used their amending power to include policy conditions close to their hearts, without proper consideration of local circumstances, which led to overly ambitious programs.

We are not the first to express such concerns about the complexity of IMF programs. The Fund’s Independent Evaluation Office noted with respect to the Philippines 1994 program:

The IMF was simultaneously pushing for reforms to the oil pricing system and fiscal policy, each of which required congressional approval… In the opinion of some staff, this may have been too ambitious, going beyond the capacity of the political system to digest several major reforms at the same time.

Our research also examined the responses of financial markets to program disruptions. Using annual data for all developing countries, we found that investors give a country a lower rating when it experiences a permanent disruption from an IMF program. Monthly data from 30 emerging market economies showed that a permanent disruption increased the cost of government borrowing by about 3%.

Program interruptions cause adverse reactions from financial markets. When investors lose confidence in a country’s ability to undertake market liberalization reform, they demand higher interest rates on their loans.

Borrowing countries that did not implement IMF programs therefore faced the risk of more volatile capital flows and higher refinancing costs. Ultimately, higher funding costs made them even more dependent on the Fund, locking them into a cycle of dependency.

What to do about it

Our findings have important implications for compliance theories as well as for policy making in international organizations.

Given the detrimental effects of IMF program interruptions for developing countries, it is surprising that reform of IMF conditionality is lagging behind.

The IMF has often blamed weak capacity and lack of “political will” for poor implementation. This predominant view was challenged by Horst Köhler, a former managing director of the IMF, who launched a “streamlining initiative”. Its aim was to reduce the number of conditions.

But the number of conditions remained high. This is partly due to the rigid process by which new IMF programs are put in place. When a country requests a program, the draft agreement must be approved by the nine sector departments of the IMF. This allows departments to include their “preferred questions”, resulting in overly ambitious programs.

One implication of our findings is the need for greater leadership to ensure policy coherence in IMF programs. This is even more important right now with a record 80 new IMF loan agreements due to the COVID-19 crisis in developing countries.

In the context of the double health and economic crisis of COVID-19, these programs risk having too many pathologies. This could lead countries to financial disaster… and back to the IMF.

This article is republished from The Conversation under a Creative Commons license. Read the original article.

Looking for a new job? Learn About These 6 Career Sweeteners Lifestyles