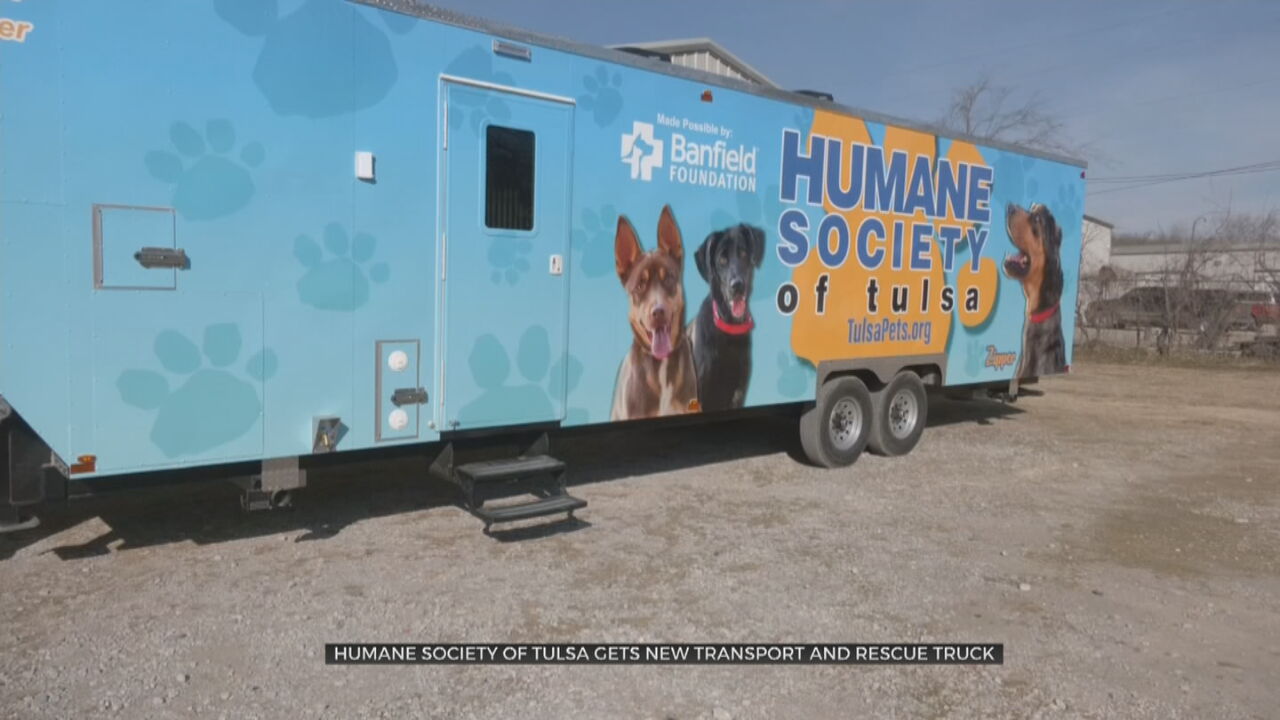 The Humane Society of Tulsa has launched a new disaster relief and transport truck to help pets in crisis. They name the transport truck “Zipper” in honor of a dog rescued from an Oklahoma shelter that was transported to a loving home in Nashville Tennessee.

The 40-foot trailer will be used to take pets from overcrowded shelters in Oklahoma to states in need and to rescue pets in crisis. Many of these trips will be to northern states where the demand for pets to adopt is much higher.

Humane Society leaders say they will be able to take the truck to other states during hurricanes or other natural disasters to rescue pets from shelters in the line of impact. Over the past few years, they’ve taken hundreds of animals from hurricane-affected southern states and sent them north to be adopted.

The trailer can hold up to 80 animals at a time and they expect to move up to 5,000 animals across the country every year. The trailer has a wash station, areas for feeding pets and a side awning that opens so people outside can look inside and see the pets at events. adoption.

Transportation coordinator Lawrence DePriest said the grant for this truck from the Banfield Foundation is a game-changer for animals in Oklahoma and beyond.

“We have the ability to remove animals from these shelters that are overcrowded and need to be euthanized for space and now transport them to shelters that are empty in other areas and give those animals a chance to have a good happy life,” DePriest said.

DePriest said it will also be a key resource in adoption and sterilization events.

“So we can have our neutering and neutering vehicle where the surgery is taking place, and then we can bring them into that unit for temperature-controlled recovery, because that’s always your biggest fear when you’re modifying animals, it’s that they get cold,” DePriest said. .

The “Zipper” will make its first trip full of animals next week to Nashville Tennessee for an adoption event. 50 dogs and cats are planned for the trip, which DePriest says will hopefully give them a forever home.