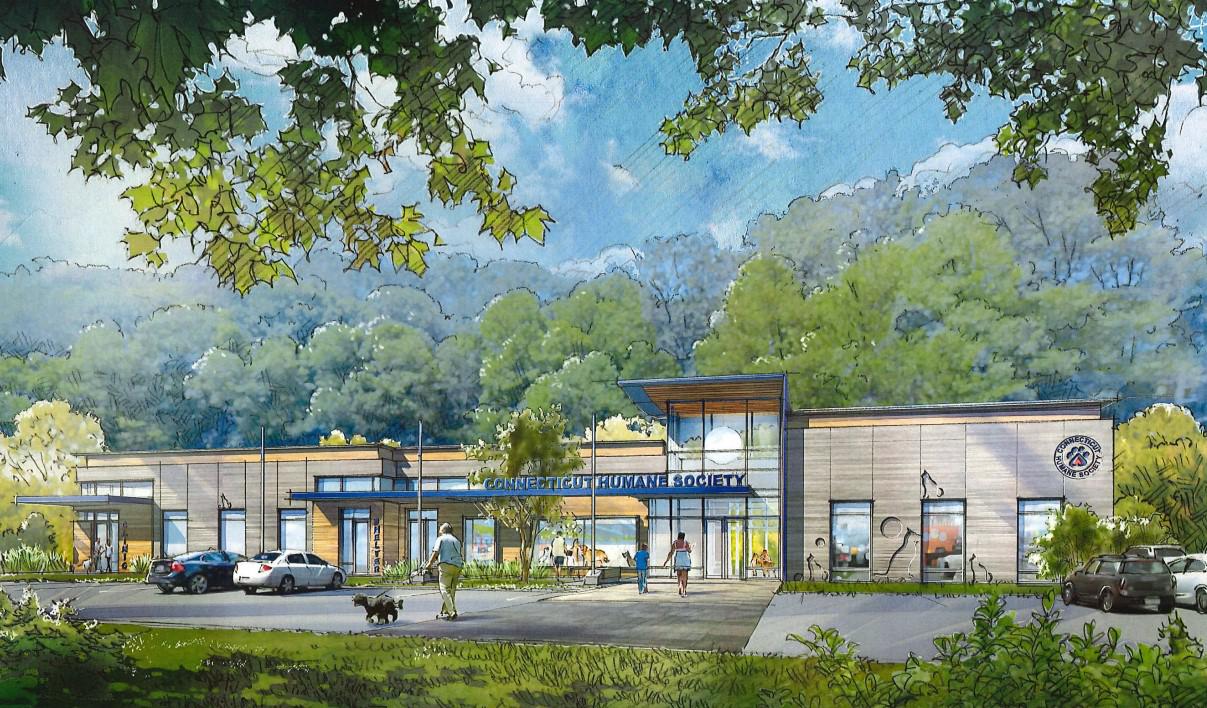 WILTON – A proposal for a new regional headquarters for the Connecticut Humane Society along Highway 7 was generally supported by the Planning and Zoning Commission, but was rejected by neighboring residents earlier this week.

The building will be over 14,200 square feet and will include animal space, an animal care clinic and an enclosed outdoor space for dogs kept at the facility.

After an initial presentation with the Wilton Inland Wetlands Commission, representatives of the CT Humane Society proposal sat down in front of the Zoning Commission members and detailed the topography of the land, nearby traffic, material selection and other specificities of the site.

President Rick Tomasetti said the initial pre-bid process with the commission went “as well as we might expect”.

The zoning commission will need to authorize a text amendment to their current regulations so that the nonprofit can move forward with their plan. Tomasetti appeared open to amending the text, adding that it was in line with the city’s conservation and development plan to be “a little more forward-thinking”.

Other members of the committee agreed.

Some, like Pagliaro, Florence Johnson and Jill Warren have raised the issue of the inability to turn left outside the property without a traffic light at the intersection. Although they raised concern, their tones were still generally favorable.

The first woman chosen, Lynne Vanderslice, said Thursday that while she does not know the details of the proposal, she is well aware that leaving New Street and entering Route 7 “is difficult”. She added that residents might be in a better position to exit the other way onto Route 107.

Tomasetti said during his review that Route 7 needs improvement, but the commission in general should not stop the applications because the state-owned route has aspects that need to be addressed. Vanderslice said on Thursday that some of the city’s most common headaches with Danbury Road occur at the intersection of Pimpewaug Road, as well as near the high school.

Many of the committee’s questions were taken up by residents of the neighboring town.

Several New Street residents, located across from the lot in question and comprising half of the nearest intersection, said the company’s traffic projections were unrealistic. “There is something really wrong with this,” said one resident.

Another New Street resident, Eileen Fitzgerald, echoed concerns about the left turn. She said turning left from the intersection of New Street and Route 7, looking to move south, usually takes her five to ten minutes in the absence of a traffic light. She said it could be a “major accident waiting to happen.”

Other public concerns included the building’s modern architecture that shatters the historic feel of the homes and buildings around it, as well as the possible noise of dogs when they are outside.

Lawyer Jim Murphy, who represents the nonprofit, said he would not answer the meeting, but would answer residents’ questions at a future meeting. For this reason, the public hearing part remains open.