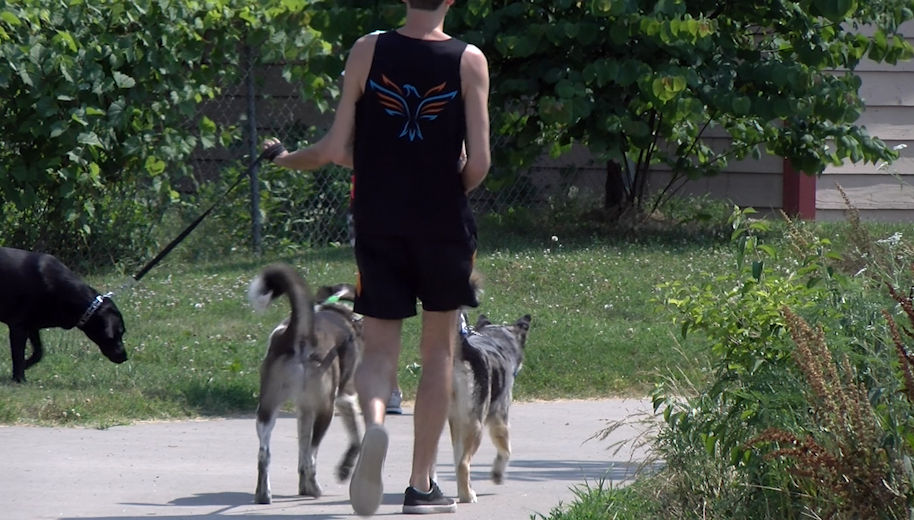 Michelle Casey, associate director of the Central Missouri Humane Society, said it’s important to watch out for your pets in heat because they can become dehydrated as quickly as humans.

Casey says the humidity in Missouri just adds another level of complexity to the heat, which can impact your pet as well.

Leaving a pet unattended in a car is never a good idea according to human society. Casey said that even with the windows down, the temperature in a car can rise dramatically within minutes.

The surfaces your dog touches are also an important variable to watch out for. The dog’s sweat acorn is located in its paws, so when dogs walk on warmer surfaces it can negatively impact their core temperature.

Casey said it’s best to avoid surfaces such as asphalt, gravel or concrete and instead opt for shaded paths or grassy areas.

If you do decide to bring your pet to an asphalt surface, she said to closely monitor the time they spend on the surface.

Keeping your pet hydrated is essential, and Casey says a good rule of thumb is that if you’re hot, your pet is probably also hot.

Casey advised bringing water with you on a long walk for your pet and even suggested pouring it over their head and paws to keep them cool.

Pets have varying risks of heat stroke depending on their age, weight, and other illnesses, among other variables.

Some dog breeds are more susceptible to heatstroke, according to Casey. Boxers, pugs, and other shortnose dogs have a much harder time breathing heat because they cannot pant as effectively.

Preventing fleas and ticks is a necessity for pets in the summer, especially those who spend time outdoors.

Casey added that while flea and tick prevention is important, many pet owners don’t think about heartworms, which pets can contract from a mosquito bite.

Once a pet is preventative against fleas, ticks and heartworms, it needs to be protected throughout the summer months.