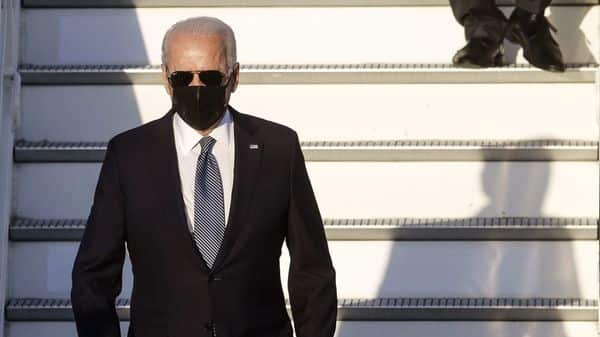 NEW DELHI : India said it would study US President Joe Biden’s proposed ‘Build Back Better’ global infrastructure initiative, announced at the G7 summit, as an alternative to China’s Belt and Road (BRI ).

This plan, which is proposed to be led by major democracies, will provide financial and technological assistance to reduce infrastructure needs by more than $ 40 trillion, mainly in the developing world which has been made worse by COVID-19.

It should also create local jobs. This G7 initiative is seen as a potential shock for Chinese President Xi Jinping BRI’s favorite project.

India said relevant agencies will study the plan and likely engage in the project later. In a briefing to reporters, senior Foreign Ministry (MEA) official P Harish said: “On the specific issue of joining ‘Building Better for the World’, I can confirm that relevant government agencies Indian would study them and engage with them probably at a later stage. “

The Chinese Belt and Road Initiative (BRI) is already the subject of criticism, even from the adherent countries. Whether it is growing debt, a lack of local employment or transparency, many questions and red flags have been raised. While India has refused to join the Chinese initiative and considers it an attack on its territorial integrity, neighbors Pakistan, Nepal and Sri Lanka are part of the BRI.

At the G7, Prime Minister Narendra Modi urged democratic countries to demonstrate to the world that they can implement projects more efficiently and transparently.

According to a senior MEA official, “The Prime Minister stressed that democracies should demonstrate that in the sphere of project implementation, we can deliver not only in the country but also in other countries. , the Prime Minister referred to India’s experience in neighboring countries, African countries and that within the framework of the development partnership. The Prime Minister also indicated that India is ready to do more to in this regard, keeping in mind the ethics of transparency and inclusion. ”

During the G7, Prime Minister Modi also underlined the need for open and democratic societies to work together and strengthen each other to defend the values ​​they carry and respond to challenges.

When asked if there had been a discussion about the origin of COVID, the MEA official said: “I can say that the leaders of the G7 and of the invited countries had a very detailed and intense discussion. on the need to reform global health governance, I would like to stress in this regard, India has actively engaged with the international community at G20, G7 and World Health Assembly levels on various aspects related to the fight against the current pandemic, to learn lessons and to prepare for future pandemics. “

The India-South Africa TRIPS waiver proposal also found broad support in the G7 and the need to diversify technology transfer and funding for equitable vaccine distribution.

MEA Secretary P Harish said: “There has been broad support in the deliberations on the text-based negotiations for the India-South Africa TRIPS waiver proposal at the WTO. On the need to provide financial assistance to various manufacturers in the world, a general agreement was found to increase capacities, regional production poles, ensuring financing, technology transfer and skills development in these regions. “

“I can say without hesitation that India’s engagement with the G7 and invited countries is self-sustaining. This is the second G7 summit in which the Prime Minister has participated. He participated in France in 2019. It is also the first time that India is engaged and ministerial and leads to work as a guest country. This is an important commitment, ”added the senior MEA official.

The MEA official said British Prime Minister Boris Johnson has called the four invited G7 countries – India, Australia, South Korea and South Africa – to form a Democratic Eleven. He said that many countries appreciate India’s commitment to the G7 and that Prime Minister Modi’s interventions during these sessions have found great resonance with the rally.

“So I can say that our engagement has been fruitful, productive and we hope to continue our engagement in various initiatives, including in the run-up to COP26,” added MEA Secretary P Harish.

* Thank you for subscribing to our newsletter.

Dealing with what Canada geese leave behind drives some people crazy