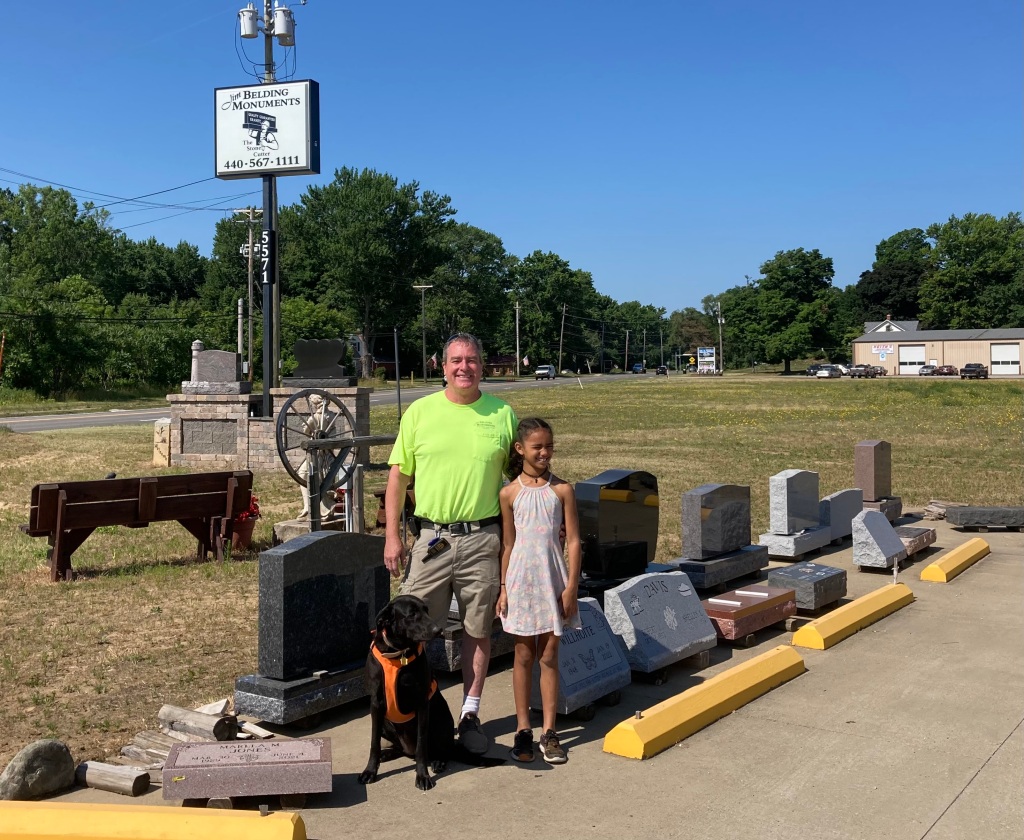 Jim Belding can provide many suggestions for people looking to get a beautifully crafted headstone for a deceased loved one.

But the owner of Jim Belding Monuments LLC in Madison Township said the first step in that creative process was to listen carefully to the client.

This business also requires empathy and patience, because a person who buys a tombstone often faces grief and stress.

For the past 10 years, Belding has owned and operated Jim Belding Monuments LLC. Since 2017, the company has been based at 5571 North Ridge Road.

While the company is perhaps best known for producing custom granite headstones to mark a person’s final resting place, it also creates signs, statues and plaques and can customize items such as stones, benches and bricks.

“To ensure the highest quality, we produce all of our own stone carvings, engravings and hand engravings on our premises or on site,” Belding said. “We are a full-service monument dealer.”

He represents the fourth generation of his family to own a business that provided or designed monuments. His great-grandfather and grandfather were both funeral home owners and also sold headstones.

Jim’s father, Ron Belding, is also an undertaker and longtime owner and operator of Belding Monuments in Geneva.

Belding began by helping his father lay finished headstones in area cemeteries. Later, he and his father teamed up to carve headstones.

“I separated from my father in 2012 and started developing monuments on my own,” Belding said.

He became a full-time monument dealer after retiring from a 30-year career as a union mason.

Initially, Jim Belding Monuments was located in a garage behind a house on North Ridge Road in Madison Township, not far from the current location. Belding used his masonry skills to help construct his new building, which is more visible to motorists on North Ridge Road and better suited for a monument dealership.

“We were able to build this facility for what we did,” he said.

Belding said he was also able to put together a roster of extremely talented artists who contributed to the company’s success.

“It’s amazing how we’ve brought all these people together, but we’re all together,” he said.

The company creates products to remember special occasions, as well as people.

“You can commemorate a wedding, a birth, an anniversary,” Belding said.

But the part of his job he enjoys most as an owner is helping people who have lost loved ones through a very difficult time.

“That’s probably our biggest feedback from customers, it’s how personal we’ve been able to be with them,” he said.