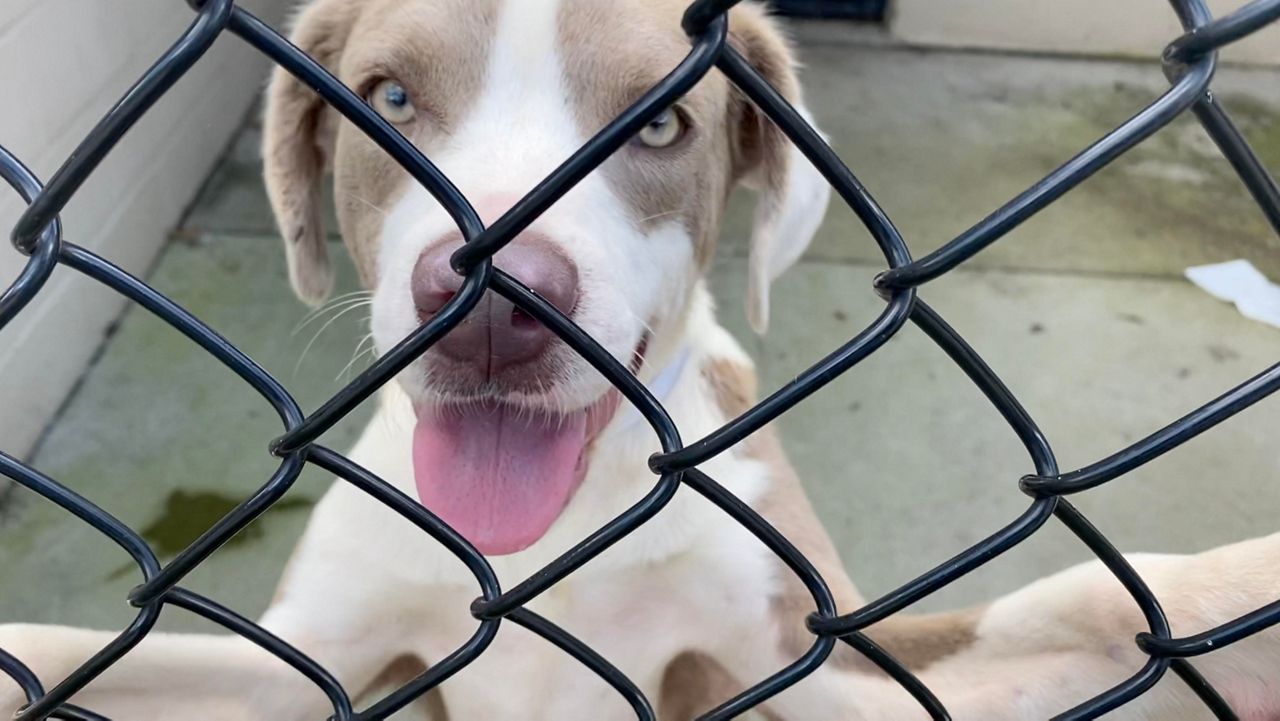 JEFFERSONTOWN, Ky. – The Kentucky Humane Society has welcomed more than 60 animals that were sheltered in Louisiana before Hurricane Ida rocked the state.

Welcoming these cats and dogs has given them a much better chance of finding a new home and maybe even surviving. But now the Kentucky Humane Society is packed, so staff are hoping to get the animals adopted quickly.

At least 60% of the animals in KHS come from overcrowded shelters. (Spectrum News 1 / Sam Knef)

Royals is one of the new dogs, and she’s as happy as she can be now, said Andrea Blair, director of public relations marketing for the Kentucky Humane Society.

“They’ve definitely had a few stressful days to get here,” said Blair.

It has been a long journey for the animals, and could have ended abruptly much sooner.

“These animals are lucky to be outside of these flood zones and all the terrible things that are happening in Louisiana,” Blair said. “We have taken in over 60 animals from overcrowded shelters. This allows shelters in Louisiana to then make room for animals that were lost to the storm or had to be returned after the storm. “

The animals were all saved by the Bissell Pet Foundation. They were first taken to an emergency shelter in Tulsa, Oklahoma.

“When it comes to things like hurricanes and other types of disasters, animal shelters are really on the front lines. So when they are overcrowded, they often have to make difficult decisions, ”she said. 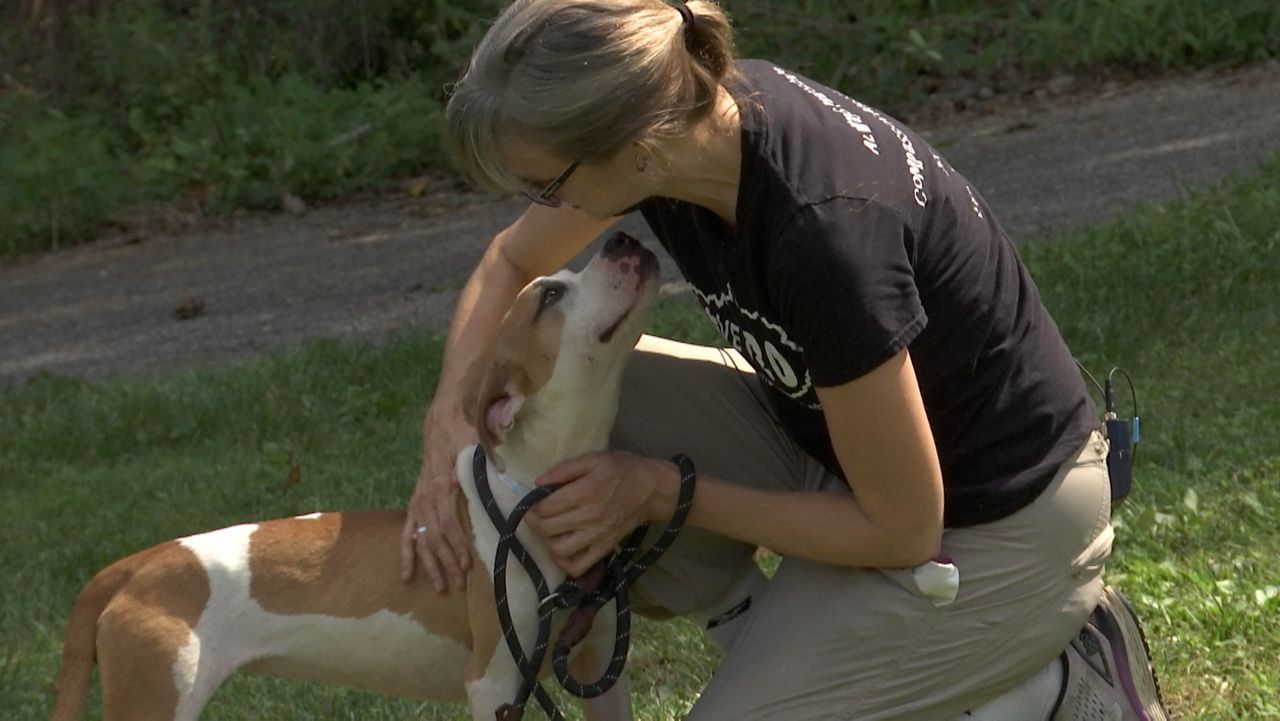 Royals is one of the new dogs, and she’s as happy as she can get now, said Andrea Blair, director of public relations marketing for the Kentucky Humane Society. (Spectrum News 1 / Sam Knef)

But now that the 30 or so cats and 30 dogs are at the Humane Society Pet Retreat in Jeffersontown, they’ve tried to find a new home.

Blair said she really hoped people would give them that chance.

“Honestly, that’s a lot. We probably already have at least 300 other animals in care right now. So when we take in animals like this, we want to get them to work as quickly as possible, and then we really want people to come out and adopt, ”she said. “We have a few that are shy and temperamental, but overall they are very good animals. So they’re just looking for a second chance.

“When you adopt from an animal shelter, you help save lives,” said Blair.

All animals were assessed, updated on their shots and spayed or neutered.

The Kentucky Humane Society is Kentucky’s largest destination shelter, which means when other shelters are overcrowded, they turn to KHS for help.

At least 60% of the Kentucky Humane Society’s animals come from overcrowded shelters.

More information can be found on the Humane Society website.