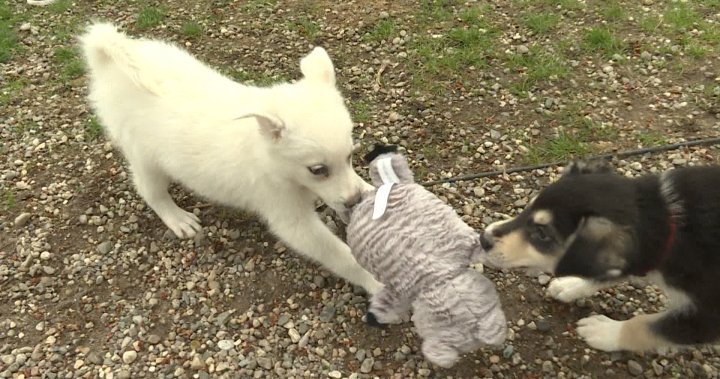 Spring is usually a time when the Kingston Humane Society (KHS) prepares for an influx of newborn kittens, but this year the charity is dealing with historic numbers of dogs.

“As of March 1, we had 68 dogs in care and as far as we can tell in many years, we have never had so many dogs in care at one time,” says Gord Hunter, general manager of the KHS.

Hunter says KHS currently has 48 dogs in its care, which is more than in the past five or even 10 years.

Hunter attributes the large number of dogs in his care, at least in part, to the pandemic.

“I think it has a lot to do with people who, over the last couple of years, made commitments that they were just not prepared for,” he says.

The story continues under the ad

In addition to trying to find homes for the animals in their care, the Humane Society is also looking for volunteers.

Once again, due to the pandemic and accompanying restrictions, The Humane Society‘s volunteer pool has shrunk from over 200 to 20.

“For the past two years, two and a half years, the program has been practically non-existent,” explains Sandra Scouten, director of operations. “We had to cancel our on-site events again, we were trying to limit who was entering the building to protect staff so we could be there for the animals.”

Hunter reminds people that when it comes to adoption, whether it’s adult pets or young puppies, it’s a long-term commitment.

“Looking at, you know, later in May and June, we’re worried that we need foster families,” Hunter says.

“We’re going to need a lot of forever homes, people who are willing to commit, who can take care of certain animals.”

The humanitarian society is also looking to mobilize more financial support, as donations have fallen over the past two years.