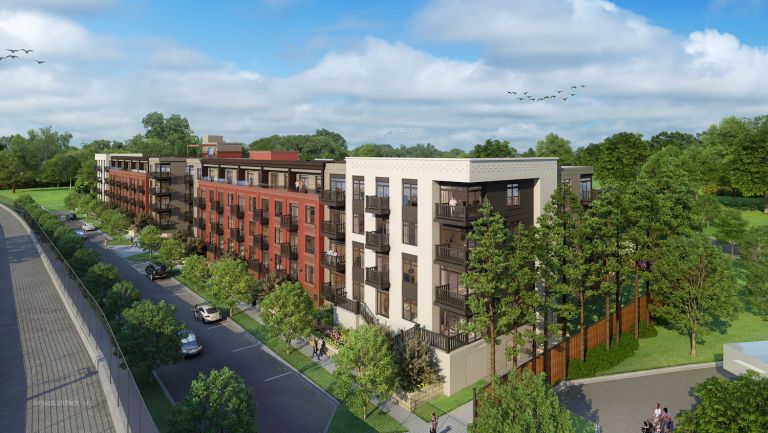 After a brief post-demolition pause to secure building permits, construction of the $50 million project Crescent @ Chevy Chasea 111-unit multifamily in Chevy Chase, Maryland, is in progress.

“The garden apartments, built in the mid-1950s, had passed their useful life,” Bindeman told Commercial Observer. “A timely area plan review for the area allowed us to push for new zoning and building rights in Montgomery County. The project was approved in December 2018. Demolition of Newdale took place in early 2022 and excavation work is currently underway.

Crescent @ Chevy Chase will be in front of the new Chevy Chase Lake mixed-use neighborhood, which development partners Bozzuto and The Chevy Chase Land Company are currently developing. Chevy Chase Lake will have approximately 500 multi-family units and 100,000 square feet of retail space.

The zoning for the redevelopment was tied to construction of the Metro’s Purple Line, which will connect Bethesda to College Park. A new Purple Line station is adjacent to the Crescent site.

“Each apartment has something unique to offer,” Bindeman said. “First floor walk-up entrances from the street in the front, semi-private first floor backyards in the back, balconies throughout and great views of the Columbia Country Club golf course.”

Facilities will include keyless entry, club room, pet spa, conference rooms and a rooftop terrace. Crescent will also provide bicycles for use on the nearby Crescent Trail and an elevated rear patio for resident gatherings.

Crescent @ Chevy Chase should open at the end of 2023.

Keith Loria can be reached at Kloria@commercialobserver.com.

Does using Chewy save you money on pet supplies?