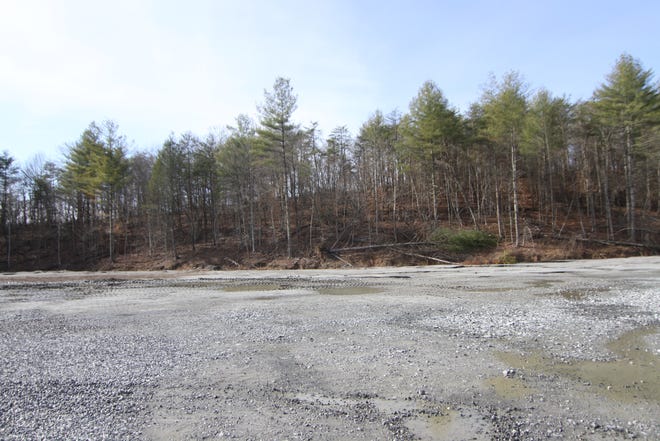 
RALEIGH – Madison Asphalt LLC got the second piece of the puzzle on May 26 after the state granted the plant an air quality permit for its hot-mix asphalt plant project inside the McCrary Stone Service at 3807 US 25/70 in Marshall.

The Air Quality Division (DAQ) of the North Carolina Department of Environmental Quality announced the decision to issue the air quality permit in a statement.

According to the press release, the permit includes a number of conditions:

“The test and report conditions will be used to verify that the installation operates as indicated in the permit application and in accordance with the terms of the permit,” the DAQ statement read. “Battery tests will be made public.”

The decision comes more than three weeks after a virtual May 3 public hearing in which 22 people spoke during the public comment period. All 22 were opposed to the factory.

Heather Carter, a regional supervisor at the DAQ’s Fayetteville regional office, acted as a hearing officer during the May 3 virtual hearing.

In Carter’s report on the hearing, she said the state received 169 written comments via email during the nearly two-month public comment period from March to May. Of the 169 comments, only two were in favor of the plant.

“We are happy to have the air permit,” he said. “We can now expand our business to better provide our services.”

Reed did not say whether the factory intended to start production immediately.

Pat McCrary is the owner of the McCrary Stone Service. He opened the establishment in 1971.

“I think that’s a good thing, myself,” McCrary said. “I’m in compliance with everyone – with the laws, rules and regulations. If the asphalt plant had been there for four years, no one would even know today because everything people are complaining about is not true. “

Liz Gullum, founding member of the local environmental advocacy group Sustainable Madison, issued a statement on behalf of the organization

“Sustainable Madison is proud of our hard work to prevent this polluting industry from entering Madison County,” the statement said. “We are deeply grateful to the community and the County Adaptation Council who listened and learned, and decided that this was not a good thing for our county. We will be paying attention to the impact this plant could have on our beautiful surroundings, and we encourage all residents of Madison County to do the same. ”

On June 18, 2019, the Madison County Board of Adjustment ruled 5-0 to deny Madison Asphalt’s application for a permit to bring an asphalt plant to Marshall.

After an appeal, however, the Madison County Board of Adjustment voted 3-0 to issue the conditional use permit to Madison Asphalt to settle in the McCrary Stone Service Quarry along US 25/70. This decision was made binding by a decision rendered on September 4 by Superior Court judge Gary Gavenus, who characterized the rejection of the 2019 permit by the Adjustment Commission as “unconstitutional”.

Governor Edwards recognizes $ 1.6 million US Department of Commerce award for…