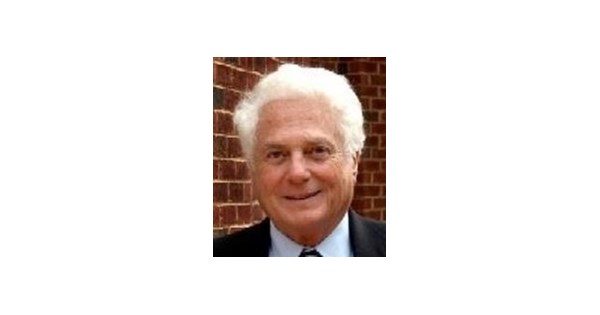 Richard Robb Sr.
March 11, 1936 – November 9, 2021
Boca Grande, Florida – Richard “Dick” Robb passed away in peaceful company with his wife, Nancy Cooper Robb and their dogs, Milo and Ava, on November 9, 2021, at the age of 85 in Boca Grande, Florida.
Dick was born a first generation American in Cleveland, OH, in 1936. He graduated from Shaker Heights HS where he excelled academically, athletically and socially. At Ohio State University, he continued to demonstrate a leadership that will remain a defining characteristic throughout his life, in student government and as president of his chapter of Sigma Chi. In 2007, he was proudly named “Significant Sig”, the highest honor of the international fraternity.
After graduating from OSU in 1958, Dick both joined the military and married his high school girlfriend, Sally Bergman Robb, also from Cleveland, OH, with whom he remained happy until ‘she precedes him in death in 2009.
After the army, Dick joined his father at his Cleveland cookie distribution company. A savvy businessman, Dick quickly expanded Buckeye Biscuit from a local operation to a statewide operation and became president of the company. At 29, he was named president of the National Biscuit & Cracker Association. Shortly thereafter, Buckeye was acquired by a public company which he remained with for five years until he moved to Charlotte, NC with his family. He remained in the industry for a few more years until he left to become a successful investor in stocks, options and commodities.
Since OH he has made homes in Charlotte and Linville, NC and most recently in Boca Grande, FL and Chatham, MA.
NCNB (later NationsBank and now Bank of America) approached Robb for the role of Global Head of Mergers and Acquisitions, where he was responsible for expanding the new department under the investment banking arm of the bank. He quickly grew the division, closing hundreds of deals and adding offices in Atlanta, Dallas and London to the Charlotte headquarters. He loved the role and was forever proud of the team of young professionals he worked with.
Dick Robb’s impact on the world has been significant, not only in business, but also in philanthropy. He left a significant legacy wherever he was. While in Charlotte, he was Director of the Florence Crittenton Home, secured a home for the Humane Society of Charlotte, was Director of the NC Zoological Society and the Central YMCA of Charlotte. In Linville and the rest of Avery County, NC, his summer home, he volunteered at a hospice, raised funds for county libraries, was a major donor of the Avery County Humane Society, which he posthumously named after Sally, was an administrator at Lees-McRae College, where he endowed the Robb Career Center and started the Wildlife Rehabilitation Center. For many years he was an administrator of Warren Wilson College, where he founded the Environmental Leadership Program.
So many environmental and educational programs have benefited from his thoughtful planning and generous philanthropy. His passion for animal welfare was evident through his participation on the board of directors of the Goodall Institute, Defenders of Wildlife and the Humane Society of the United States. He lived the last half of his life as a vegetarian and was, of course, rarely without a dog by his side.
Dick left BofA primarily to focus on the then newly formed Park Foundation. He was an active trustee for over 25 years and remained a trustee emeritus until his death. No professional role has given him more joy than his work there, both as steward of the fund as treasurer and as administrator, helping to direct resources to so many causes for which he was passionate.
Perhaps no institution has benefited more from Dick’s tireless efforts than NC State University. He was instrumental in shaping the park’s scholarship program from concept through to the program’s first 20 years. Dick served on the board of directors for eight years and was the senior vice-chairman of the board. During his tenure, he chaired the Academic Affairs and Staff Committee, established the Campus Design Review Committee, served on the Endowment Fund, and much more. Dick was named the ninth honorary alum at the University in 2004 and received a Doctor of Human Letters in 2008. He has also encouraged North Carolina state football and basketball, and luckily has rarely had to choose between his beloved native Buckeyes and adopted Wolfpack.
Robb has spent much of the past 25 years on his home island in Southwest Florida. Dick was fortunate enough to find love a second time with Nancy Cooper Robb, his wife of seven years. In addition to Nancy, he is survived by his three sons, Richard (Ianthe) of NY, David (Tamara) of Charlotte and Karl (Angela) of Fairfax, VA as well as his four grandchildren, Nathan, Claire, Alice and Maxwell.
A celebration of life will take place in January. He would have loved the contributions in Dick’s honor to the Avery Humane Society.

Posted by Charlotte Observer on December 5, 2021.