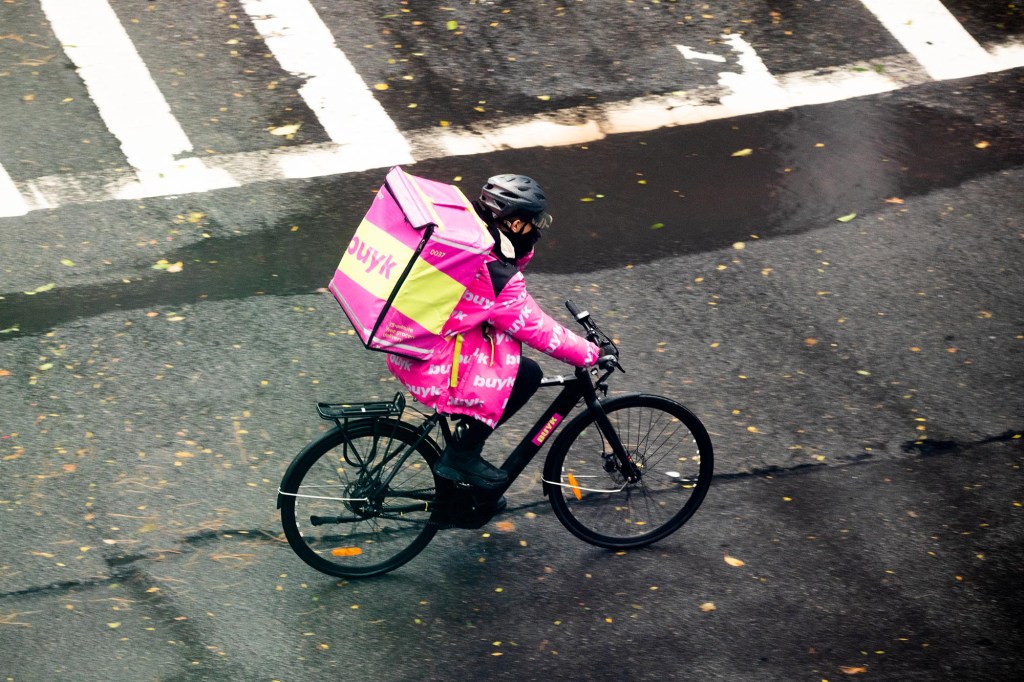 On Friday, Russian-backed grocery app Buyk abruptly laid off the vast majority of its staff as sanctions on Russia left the company without funding.

Buyk, which was founded by two Russians and has major operations in New York and Chicago, is laying off about 98% of its employees until it can secure funding from US sources, CEO James Walker said in a statement. a statement to The Post.

The news comes about a week after The Post reported that employees at Buyk feared an economic war between the United States and Russia could cost them their jobs.

“We have made the difficult decision to temporarily furlough our employees until we are able to secure more sources of funding in the United States,” Walker said. “Our founders Slava Bocharov and Rodion Shishkov provided bridge funding to Buyk until the close of our next investment round. However, sanctions against Russian banks made this bridge funding setup untenable, although none of our founders has been sanctioned.

“To date, our assets still greatly exceed our liabilities, and we remain confident that Buyk’s proven super-fast grocery model can make real-time retail a reality in the United States,” Walker said. .

The 2% of employees who are not laid off are operations, HR, finance, legal and IT personnel.

At least one Buyk employee didn’t know he was being fired until contacted by The Post.

“Once it goes public, it will be bad,” the employee said. “Many of the employees are single parents, mostly fathers who have child support debt.”

After The Post broke the news, some Buyk company employees received calls saying they were on leave, while others simply received emails, sources said.

“The couriers are notified by email,” a Buyk employee told The Post. “It’s how little respect they have for them.”

On Friday afternoon, before announcing the furloughs, Buyk abruptly sent workers home due to what the company said were technical issues.

“They just said it was an IT issue and it wouldn’t be fixed soon, so they sent everyone home,” one employee said. “Very random.”

On Friday night, Buyk’s app displayed a message to customers in New York and Chicago looking to purchase products like ice cream and pet food: “Demand is too high. We will continue to take orders soon!

The news was not entirely unexpected after employees said last week they feared sanctions against Russia would trickle down to Buyk workers. Their concerns centered on Buyk’s ties to Russia’s largest state-controlled bank, Sberbank, which was recently sanctioned by the US and UK in retaliation for the brutal invasion of Ukraine. by Vladimir Putin.

One of the investors in Buyk’s initial $46 million fundraising round was a venture capital fund called Fort Ross Ventures, which money raised of Sberbank and includes a former Sberbank executive in its management team. Buyk’s head of retail operations, Yana Pesotskaya, previously worked as managing director of Sberbank’s food technology portfolio from 2019 to 2021, according to her LinkedIn profile.

Additionally, Buyk was founded as a spin-off of Samokat, a popular delivery app in Russia that is partly owned by Sberbank. Buyk’s ties to Samokat include using some of the same technology and forwarding US customer support requests to Russian-based workers.

In an interview with The Post last week before the announcement of the Sberbank sanctions, Buyk CEO James Walker said of possible sanctions: “I don’t know if it would have an impact on the business.”

“We are an American company with American leaders,” Walker added. “We will ensure that our employees understand that they are not at financial risk.”

But Buyk employees at the store level said Walker and other executives did not address the 800-pound gorilla even as he confirmed to the Post on Friday that they were all on leave.

“Everyone is worried but no one from the main office communicated anything directly,” a Buyk employee said before finding out he had been fired. “If James Walker speaks to anyone, it’s at company level and it hasn’t been communicated at all at store level so far.”