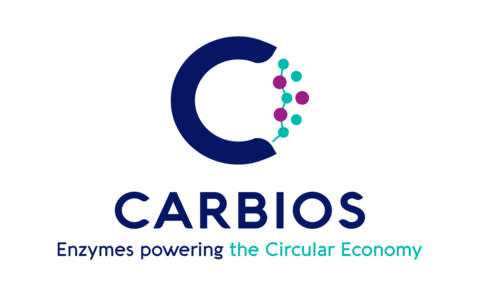 The EIB, with the support of the European Commission, finances a loan of 30 million euros for the enzymatic recycling technology of Carbios to support the circular economy

Carbios (Paris: ALCRB) (Euronext Growth Paris: ALCRB), pioneer in the development of enzymatic solutions dedicated to the end of life of plastic and textile polymers and the European Investment Bank (EIB) today announced the signing of a million dollar loan agreement supported by the European Commission’s InnovFin energy demonstration program.

The objective of this type of funding is to support innovative projects with high potential developed by companies aimed at achieving transformative change aligned with the EU climate objectives and to contribute to the leadership of the EU industry in the development of sustainable technologies. Carbios fully meets these criteria with its world’s first enzyme-based processes, which have the potential to contribute to the sustainability of the plastics industry.

In this context, and after an in-depth analysis of Carbios’ business model and the due diligence carried out by the EIB over the past year, this loan has been granted to support the strategic industrial and commercial development of the Carbios technology of PET .1 enzymatic recycling aimed at transforming post-consumer PET and polyester plastic fibers into their original building blocks (monomers) through a process of biological enzymatic depolymerization.

EIB loan agreement announced today reflects Carbios’ potential to address growing concern about plastic pollution through the development of its enzymatic recycling process, a disruptive technology that could accelerate the transition to a circular economy plastics. Unlike conventional recycling processes, Carbios technology converts PET plastic (the dominant polymer in polyester bottles, trays and textiles) into its base monomers, which can then be used as a raw material as new PET 100 % recycled suitable for all original applications. On an industrial scale, Carbios’ proprietary technology would allow PET plastic producers to replace petrochemicals with monomers from PET plastic waste, resulting in 100% recycled PET content in new products.

This loan of 30 million euros, disbursed in a single tranche by the EIB, bears a semi-annual fixed interest of 5%, with a maturity of 8 years. This agreement is supplemented by an agreement to issue warrants by which Carbios will issue 2.5% of the share capital fully diluted in warrants for the benefit of the EIB, of which 1.25% with an exercise price of EUR 40 per share, and 1.25% with an exercise price of 38.8861 EUR per share, corresponding to the volume-weighted average of the market price of an Ordinary Share of the Company during the last three (3) Trading Days preceding the date which is five (5) days before the Signature Date. The creation and issue of these EIB warrants, and therefore the disbursement of the loan of 30 million euros, are submitted to a vote by an extraordinary general meeting of Carbios to be held in the first quarter of 2022 with a delegation of power to the board. administration. of directors and a decision of the Company’s board of directors making use of this delegation of power.

â€œWe are very happy with this agreement signed with the European Investment Bank and I would like to thank all the stakeholders who have contributed to its realization. The EIB facility is of great value to the Company as we move towards industrialization and licensing of our recycling technology, C-ZYME â„¢. Our industrial demonstration plant went into operation in September 2021. funding will help confirm the ramp-up of the process and the gradual transformation of Carbios into a leading industrial and commercial player helping both brands and plastic producers to evolve from a plastic waste problem to a reduction solution of the carbon footprint “, comments Emmanuel Ladent, CEO of Carbios.

Mariya Gabriel, European Commissioner for Innovation, Research, Culture, Education and Youth, said: “About 26 million tonnes of plastic waste are generated in Europe each year, of which only a fraction is currently recycled. By supporting this project, we intend to contribute to the circularity of the plastics industry, as well as to sustainability, by allowing the production of biodegradable bioplastics. Once again, research and innovation are essential to advance in our quest for an economy that respects the planet. “

EIB Vice-President Ambroise Fayolle added: â€œWith a common vision, the EIB and Carbios are joining forces today by combining economic efficiency and environmental performance to bring about transformative changes in the circular plastics economy. We have a duty to promote new sustainable solutions and to take ambitious measures to preserve our ecosystems and fight against the climate. We are convinced that the Carbios project is in the best position to move the entire plastic value chain in the right direction and materially enable increased and more efficient plastic recycling.

Carbios, a green chemistry company, develops biological and innovative processes representing a major innovation at the end of the life of plastics and textiles. Through its unique approach of combining enzymes and plastics, Carbios intends to meet new consumer expectations and the challenges of a wider ecological transition by taking up a major challenge of our time: plastic and textile pollution.

Created in 2011 by Capital of the Truffle, Carbios’ mission is to provide an industrial solution for recycling PET plastics and textiles (the dominant polymer in bottles, trays, polyester textiles). The enzymatic recycling technology developed by Carbios deconstructs all types of PET plastic waste into its basic components which can then be reused to produce new PET plastics of a quality equivalent to virgin ones. This PET innovation, the first of its kind in the world, was recently recognized in a scientific article published in the prestigious journal Nature. In addition, Carbios works hand in hand with multinational brands – such as L’OrÃ©al, NestlÃ© Waters, PepsiCo and Suntory Beverage & Food Europe – to implement its technology and lead the transition to a truly circular economy.

The Company has also developed a technology for the enzymatic biodegradation of single-use plastics based on PLA (a bio-based polymer). This technology can create a new generation of plastics that are 100% compostable under domestic conditions, incorporating enzymes at the heart of the plastic product. This breakthrough innovation was authorized to Carbiolice, a joint venture created in 2016, which is today the subsidiary of Carbios.

The European Investment Bank (EIB) is the long-term financing institution of the European Union (EU) and its shareholders are the 27 Member States of the EU. The EIB’s mission is to contribute to the integration, balanced development and economic and social cohesion of the EU Member States. It borrows large volumes of funds on the capital markets and lends them on very favorable terms to support projects which contribute to the achievement of the objectives of the European Union.

The EIB ensures that the EU is at the forefront of the next wave of innovation. As the EU’s climate bank, it aims to encourage the emergence and deployment of new technologies to meet current challenges such as the energy transition towards a new model of green growth and help European innovators to become leaders. worldwide in their fields of activity.

The EIB is one of the world’s leading lenders of climate action. Of the more than 10 billion euros invested by the EIB in France in 2020 (France was the second largest recipient of funding after Italy), 48% went to projects to fight or mitigate climate change.

About the European Fund for Strategic Investments (EFSI)

The European Fund for Strategic Investments (EFSI) is the central pillar of the Investment Plan for Europe. It provides first level guarantees, allowing the EIB to invest in more and often more risky projects. The projects and agreements approved for EFSI funding to date are expected to leverage â‚¬ 546.5 billion in investment, a quarter of which supports research, development and innovation projects.

1 Polyethylene terephthalate (PET) is the most widely used synthetic polyester in circulation today, with an estimated global production of 82 million metric tonnes per year. (HIS Markit in 2020)

The Grinch strikes again: There is now a shortage of candy canes