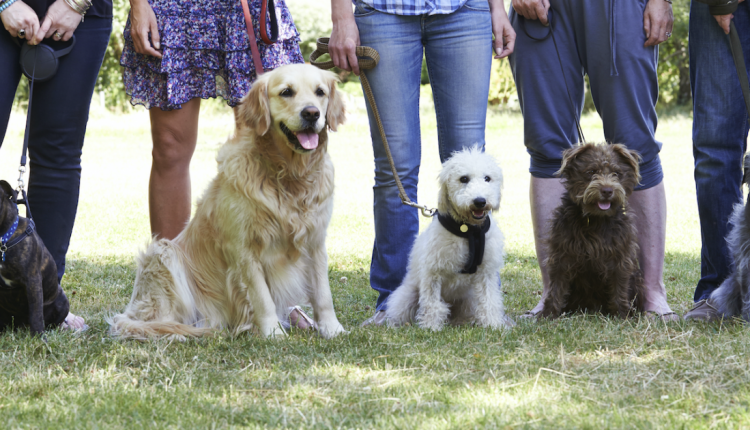 It is a devastating situation that too many families have had to deal with. Your dog is showing increasing signs of illness – lack of appetite, energy, or a change in temperament – so you take your furry family member into the car and head to the vet clinic.

Your vet examines the animal and says that a biopsy or medical imaging is needed.

Testing is coming back, and that’s bad news. Your pet needs medication, surgery, or some other procedure, which will cost thousands of dollars.

Because the tests and treatments are similar whether performed on an animal or a human, so are the charges. The difference is, without government animal health support like Medicare, you pay the cost.

When asked if you have pet insurance, you shake your head and the clinic has no payment plan options.

You also learn that 50 percent of the estimated costs are required in advance before a procedure can be undertaken. So the only other options are to see your pet’s quality of life deteriorate as the family says a long farewell or euthanizes.

Manuel Boller, associate professor (emergency and intensive care) at the University of Melbourne and veterinarian at U-Vet Werribee Animal Hospital, says it’s a choice he’s seen too many families have to make, while balancing out the pressures of mortgages, school fees and cost of living.

â€œOur pets are increasingly a central part of the family as companions for us and our children, the best personal trainers and a warm presence in the home,â€ he says.

â€œFor many, losing a pet can be as difficult as losing a parent. And having to make the choice to euthanize a pet for financial reasons often comes with enormous guilt.

This problem is described as economic euthanasia, where an animal is humanely euthanized for financial reasons despite viable and available medical alternatives.

â€œMuch of the drugs and equipment we use cost the same as that used in human medicine; it’s often the same drugs and machines, â€he says.

â€œWhile vets also go through many years of training and gain experience in making sure pets are healthy and happy, vets are paid much less than clinicians, which means that wages are often the only area where there can be a price difference.

â€œSo when an animal needs to be euthanized despite a curable problem, it can be hard not to feel like you have somehow failed as a vet.â€

Although mental health support in the veterinary profession has become more widely available in the industry and at the center of the University of Melbourne’s Doctor of Veterinary Medicine education, the suicide rate among veterinarians in Victoria and d Western Australia is estimated at four. times higher than in the general adult population.

â€œIn short, the problems of financial constraints in veterinary medical care and economic euthanasia weigh as much on animal owners as they do on veterinarians,â€ says Dr Boller.

As a researcher, teacher and practitioner in veterinary emergency and intensive care – a high pressure field that often encompasses difficult and expensive treatments at any time of the day – reducing the need for economical euthanasia has become a passionate project for Dr. Boller.

But he found that the first obstacle to raising awareness of the issue was a surprising lack of objective information about the extent of this problem in the scientific literature.

So he and his colleagues set out to measure the scale of the problem of economic euthanasia in emergency veterinary practices. In research published in Frontiers of veterinary science, the team used gastric dilatation-volvulus (GDV), an acute, life-threatening condition in the dog, as a model disease.

GDV occurs when the stomach twists or turns, often swollen with gas. The condition is diagnosed easily and inexpensively, but if GDV is left untreated, rapid death is very likely.

Emergency surgery leads to 80-90% of dog survival, but its cost is estimated to be between A5,000 and A $ 6,000 in Australian emergency veterinary hospitals.

“We hypothesized that if the owner’s decision to euthanize dogs with GDV prior to surgery was primarily based on economics, then a financial strain alleviation factor would significantly mitigate the risk of euthanizing those dogs. animals, â€says Dr. Boller.

â€œWe have chosen pet insurance as our ‘model intervention’ to reduce the economic burden on pet owners when making the decision, as its presence or absence can be clearly measured.â€

The team looked at 260 GDV cases for which insurance status was known, extracting details of other health issues, age, and outcome, finding 106 deaths (41 percent of dogs). Of the deaths, 82 dogs (77%) died from euthanasia before surgery – only 10% of those deaths occurred in insured animals.

In total, uninsured dogs with GDV were 7.4 times more likely to die from euthanasia than insured dogs, adjusted for age and other health factors.

“First, our results indicate that pre-surgical euthanasia of dogs with GDV is primarily economic in nature, and second, that most GDV deaths occur due to euthanasia before surgery,” explains Professor aggregate Boller.

â€œWhile further advances in veterinary care could increase survival rates for GDV, and this should of course be continued, the data shows that the effect will likely be limited to a few percentage points. A much greater opportunity to reduce preventable deaths lies in reducing pre-surgical euthanasia, and therefore reducing the rate of economic euthanasia.

â€œIt was astounding to see the scale of the problem of economic euthanasia for GDV alone, but it really validates our anecdotal impression, acquired in the emergency room for many years.

He says it’s important for people to know that unforeseen veterinary costs can be very high when considering the responsibility of owning a pet.

â€œPet insurance is a way for people to feel they can pay for the treatment of unforeseen veterinary medical bills and avoid economic euthanasia. Some veterinary practices also offer payment plans, which can be discussed on an individual basis.

â€œOther tools to ease the burden may also include regular contributions to a dedicated savings account, low interest loans from veterinary credit companies, loans from family or friends, charities or the government. crowdsourcing.

â€œEconomic euthanasia in particular and the financial burden of emergency veterinary care in general has been a major problem in veterinary medicine, and we hope our research will help raise awareness and stimulate the search for effective solutions.

If you or someone you know needs help or support, you can contact:

Two employees of a pet insurer contributed to the study design and data collection, but did not participate in the analysis or interpretation of the data. Associate Professor Boller does not declare any commercial or financial conflict of interest.